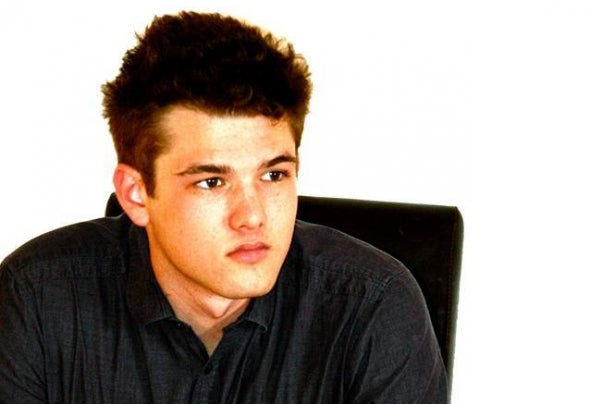 Shane Drisner began producing dance music under the moniker Spol in 2011, while attending high school. He had been surrounded by music his whole life, his parents being aspiring Christian Rock artists, he learned to play piano and use recording equipment at the age of 11.After discovering dubstep while searching for new music on the internet, he got to work on his own productions. He gained a lot of exposure after an unofficial remix of Tyler the Creator’s “Yonkers” in 2012, and further made a name for himself remixing artists such as Skrillex and Ellie Goulding. His early music was very well received, and was supported by many top music blogs, including EDM.com, Hype Machine, and Earmilk.com. However, he really defined himself as an artist when he stepped into the trap genre, writing catchy, energetic songs while drawing inspiration from Middle Eastern Folk music and American Motown. Not only does 19 year old Drisner write his own music, he has even recorded his own vocals on some of his productions.Always seeking to expand as an artist, Drisner has experimented with many genres, and is always working to be ahead of the curve concerning his sound.