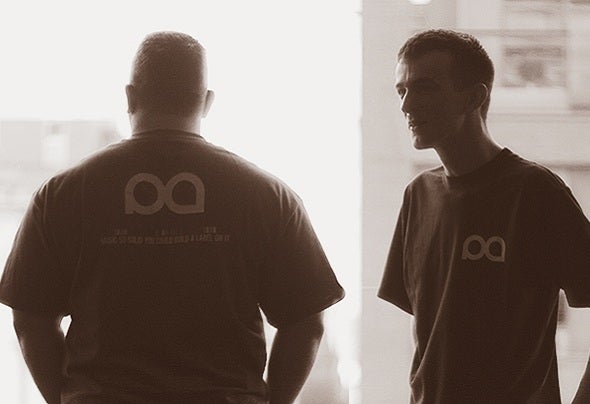 SilmPhatty is the brainchild of Tank Edwards and James Starkie, a production duo that have emerged from beneath the gloomy weather of the United Kingdom to beam rays of Indie happiness directly onto the gratefully faces of clubbers from around the world. Tank and James had only one goal, together they wanted to change a stale house music scene from within, creating retro classic's, that stand out from the crowd and give them an instant identity, however they couldn't predict the tidal waves of success that would wash over the duo. Their debut release track "Prove It" created a frenzy on online stores and quickly hit playlists in clubs and radio stations, generating respect from many popular artists and record labels from across the globe. Introduced to one another by a mutual friend and united by a desire to make the kind of music they both love. They were not completely unskilled in the ways of the beat however; Tank was in possession of a glittering career in Deep & Indie house while running Planet Acetate Records, while James had already sampled the addictively sweet taste of success, having released under other international labels. Their success - at least in part - is due to the carefully nurtured and complimentary relationship their share in the studio. "Tank is extremely good at mastering, sound design and getting that SlimPhatty Bass we all crave for where James is extremely creative and will mess around for ages until he gets that SlimPhatty groove. Many producers - as comfortable as they are holed up in grimy studios drinking endless cups of tea - fail rather spectacular when it comes to playing the records they have so painstakingly created in front of anyone besides their closest mates, let alone to crowds of several thousand knowledgeable clubbers excepting to be entertained. SlimPhatty however have steadily built up an army of loyal energetic fans and, and can now count themselves among the most respected Indie acts on the circuit.Now with a season of international parties ahead of them plus unreleased material waiting to unleash in clubs the duo look set to re-take the Indie world by storm.