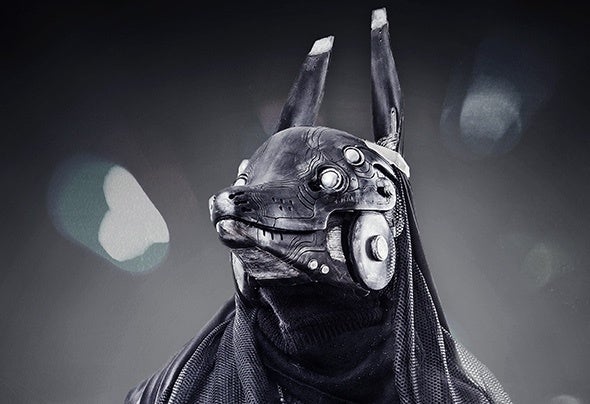 A character created by DavidOlarte, Colombian music producer with over 10 years of a wide range career in the music industry. Film composer and Remixer, live musician of some renown artists in the latin music like FannyLu (Sony Music), Yotho (Tigo Music), Megumi, Angel, Metrocity, The Runner, Lizje and many others. All started with the mix of ideas from Olarte of his working projects in 2015, ghost producing, composing for some independent films in his production studio Interdimensional Lab and working in A Grands Cris (Argentina), his live performance project which combine mixed arts and experimentation with senses, time where he felt the calling of techno music with sounds from different cultures, giving to the electronic music a level of organic language, a trip, a music therapy in the club. From the beginning he was obsessed with playing synthetizers like artists he followed as Vangelis or Kraftwerk giving a performatic live act more than just a concert, an experience. In that way he was constructing the character of Sköll, playing live with synthetizers, loops, and some other real instruments that can variate from bass to ethnical percussions and vocals."- Eclectic, surreal and transcendental. Journeys through the senses to transform the soul with the four elements as guides, transpassing energy through Light and Matter and what is in between.”Through genres such as Techno, Progressive, Minimal, Deep House and sounds of World Music and ancestral rhythms, SKÖLL pretends to take the listeners live an experience more than just entertain and make dance, to take them to a spiritual journey as a “Chaman” guide.