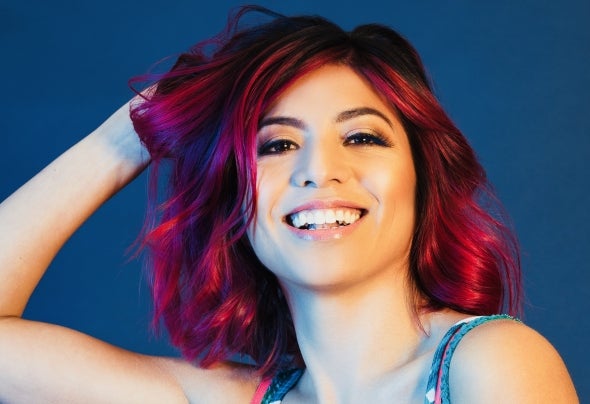 Sharyn Maceren is an American Recording Artist and Singer/Songwriter who started her career with her Billboard-charting hit single “Hard to Get” (under an alias “The S Factor”). Since then, Sharyn Maceren has released four full-length albums under her own name: “Always Dreamin”, “Nighttime Land”, “Sunkissed”, and “The One”. Aside from Billboard charts, Sharyn has also found massive chart success on iTunes, Amazon, and Beatport. In the last year alone, Sharyn has garnered multiple iTunes Top 10 Dance Albums when she released, not only her fourth album, “The One”, but also 10 EPs in the last 10 months. Sharyn’s albums have also been Amazon #1 Bestsellers in Dance and Freestyle. Most recently, Sharyn is Beatport charting with her debut Beatport entry “Spark” (with Dark Intensity), making her mark on the Top 100 “Dance”, “House”, “Progressive House”, and “Tech House” Charts. In addition to working with producer Dark Intensity (VASSY, Audi Medina, Kat DeLuna), Sharyn has worked with producers Lenny Ruckus (JES, Noel Sanger, Vibonacci and Starward, MASiiVO), Glenn Gutierrez (Stevie B, Jocelyn Enriquez), and Joe Grandberg (Nina Sky, Baby Bash). Aside from her solo projects, Sharyn is also working together with producer Lenny Ruckus as an electronic dance duo and production team named “Starla and Vega”. Sharyn Maceren’s latest album is called “The One”. Sharyn would like to thank everyone who supports Sharyn Maceren music.