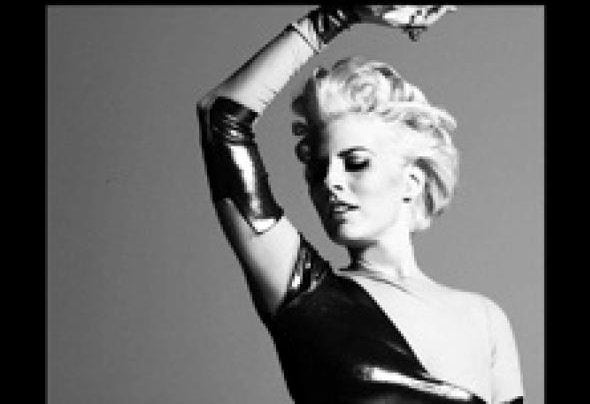 Sarah Atereth Sarah Atereth was just named Music Week's FUTURE FACE of 2012. She is one of only four artists in the entire world. Songstress Sarah Atereth is renowned for her unique writer's voice, and sultry vocal style. Sarah writes or co-writes every one of her songs. Her lyrics are at once profound, graceful with a keen intellect and elegant musicality. To see Sarah onstage is to see charisma in motion. This Music Week, Billboard and DMC Chart queen's latest slice of beautiful dance floor action "Without You," is currently roaring into clubs and onto radio all over the world and just hit #9 on the UK Music Week chart. This is Sarah's 5th consecutive hit worldwide. Sarah's previous single "It Doesn't Take Much" is the third consecutive Top Ten Billboard hit for Sarah following the success of "Fade Away" and "Out of My Mind". Sarah's single, "Fade Away," debuted at #1 on the UK charts, unseating Deep Dish's remix of Stevie Nicks' "Dreams". "Fade Away" was the #1 most played song on XM Satellite Radio's bpm station. With "Fade Away," Sarah became a Top 40 Mainstream charting recording artist as reported by Radio and Records Magazine. She again charted on CHR/Mainstream with her follow up single, "You Wouldn't Know How." Sarah was featured on the cover of Radio and Records Magazine. "You Wouldn't Know How" slammed into clubs and onto the radio hitting #3 on the DJ Times National Dance/Crossover Chart. "You'll find yourself wanting to spin and bop around the dance floor, or across your own living room with the volume blasting on the stereo," exclaims writer Chris S. Witwer. Every single song Sarah has ever released has charted on Billboard or Music Week, and every single song Sarah has released to Top 40 radio has charted on CHR/Mainstream radio. Sarah was nominated for the prestigious Winter Music Conference IDMA award for Best Breakthrough Artist for 2005 and 2006. Sarah's songs have been remixed by some of the most famous DJs in the dance world including Tracy Young, Tony Moran, and Solasso. "Without You" is currently being supported by Tiesto. Sarah's debut album, "Beguile," is executive produced by Rick Chertoff. Rick was responsible for the breakthrough albums of Cyndi Lauper and Joan Osborne with such classics as "Time After Time," "Girls Just Wanna Have Fun," and "One Of Us." While completing her degree at Columbia University, Sarah immersed herself in New York City's art scene. She studied voice with revered faculty of the Juilliard School and dance with Alvin Ailey American Dance Theatre masters. Sarah has always stood her own ground. The recording of "Beguile" is no exception. In an effort to create the album she wanted to make, Sarah co- founded her own record label, aptly titled Beguile Records. This vehicle provided Sarah the opportunity to retain her artistic integrity.