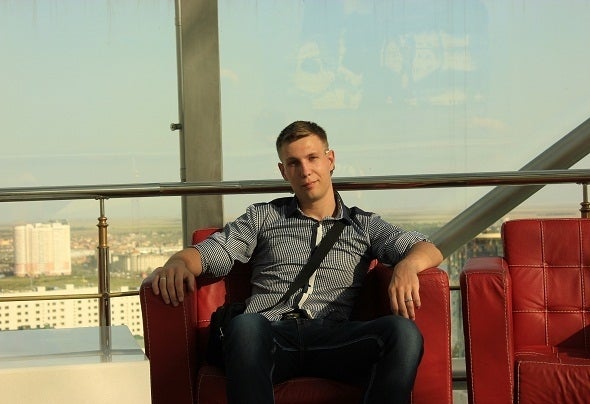 His name is Artyom Kolmogorov Leonidovich, he composes electronic dance music under the pseudonym RILLFATCT.Born February 6, 1992 in the past little-known DJ (dj-APT), now Electricity musician under the Pseudonym RILLFACT. Artem fan of lyrical and instrumental music quickly delving into the basics of dance music with a DJ , promoter Borisenko Vitaly Alexandrovich. Another collaboration with a professional musician and DJ in one person Uoniy known as DJ ST EP, write a lyric , the original with the title track and the sky does not hear us Hip-hop/Rap style. Popularity grew , developed its own listeners and fans at the same time he did not stop , and in 2013 released the album RILL of FACT. He remains with the nick - dj-APT and recorded several albums that are beginning to be in demand in the famous portal PROMODJ.COM. Gaining a leading position in the ranking as a DJ, Artem takes the pseudonym RILLFACT, which means the source of facts.life RILLFACT2008 Leonidovich meets a guitarist at that time still an amateur, Hriplivyi Aleksadrovich Alexander , now is the alias DJ WOLF, which is respecting the preferences of Artem , collaborate, and do not write in tandem which was published Rock - untitled album for the duo - Snow . These recordsare rasprostronyat the city of Pavlodar and perform at local hangouts , despite the fact that kriativ-rock band have performed with the experience and professionalism. Nameless tandem of two people took 2nd place at one of these parties , thanks to Artem secured musical skills and stage image , which is good impact on job creation and a DJ. Career dj-APT ( RILLFACT )2009 , the beginning of DJ career goes where, quite better than expected. He met with many creative people , known as : Dj Smile, Dj Lenin, Dj Black , DJ den last one pushes Artem on a solo album , which includes 6 songs , but only two are leaders in it and give points to the solution stop work and DJs .