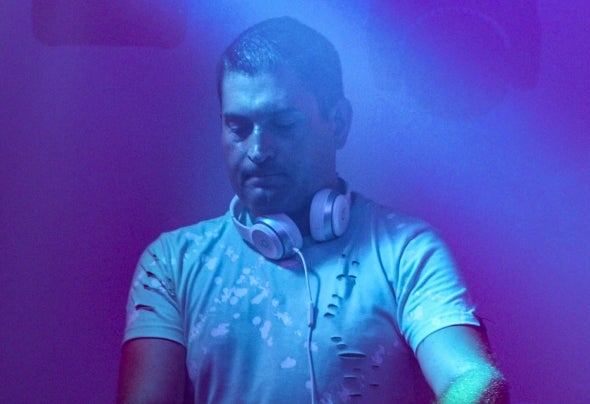 Ray Marco delivers hard hitting, powerful electronic beats with one thing in mind: spreading the enlightening sound frequencies and harmonious lifestyle and atmosphere that comes with electronic music. Whether it be from mellow progressive to the rage-saturated bass, the ultimate goal is bringing people together from different walks of life to celebrate one thing: music.Ray Marco is originally from Providence, Rhode Island and currently resides in Virginia Beach, VA, USA. He grew up as a drummer playing in metal and rock bands thru out high school but was later influenced by electronic dance music when he experienced it during his first time traveling abroad in 2006.He began mixing and producing in 2011 and months later started to take over the local scene at some of the top venues in Virginia Beach. He hosts a major monthly event, “House Nation” at The Granby Theater and has even taken this show to Detroit, MI, at “The Majestic Theater”. He worked with one of the largest local radio stations, Z104.5 to put on an Electronic Music Stage at Shaggfest 2013 and 1014. He played Night Nation Run Music Festival in 2018 and has played alongside artists such as Omair Mirza, Manifesto, Lost Kings, Milk N Cooks, Ayah Marar, and more.Currently, Ray Marco has released 10 original tracks with more on the way. He spends a vast majority of his time working on new productions and sounds. He is also the resident club DJ for “The Granby Theater” in Norfolk, VA. He also hosts and DJs all of the major events such as New Years Eve, 4th of July, Halloween, and more. He has brought the entire Electronic Dance Music scene together in his home city by throwing these shows. Ray Marco has much to offer to the electronic music scene and will continue to strive to the top. His shows are filled with constant energy and his follower's continue to come back to experience more.