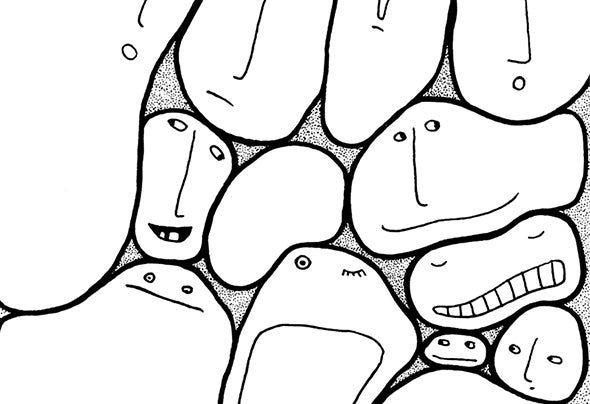 With Psapp, the song comes first. It is KING. But with each listen, more and more layers reveal themselves – an organ turns out to be a layer of ambient recordings, carefully crafted into an instrument. It's possible to hear the songs in a different light depending on how close you listen, too – a blast on headphones exposes the perfectly arranged madness in its full beauty. Twelve years ago Carim met Galia and after that there was no way back. They unleashed their debut Tiger My Friend on cult label Arable before Domino Recordings released their second long player, “The Only Thing I Ever Wanted”, and with its blend of homemade electronics, meticulously scored elastic bands and heartfelt pop. After touring around the world, picking up another couple of BMI Awards* on the way, the band headed into a period of hibernation. By the time they awoke, big changes had happened in Psapp world. The studio has moved to a castle in Germany complete with turrets, and extreme domesticity has been celebrated and explored in their fourth LP “What Makes Us Glow” (2013). 2015 saw the band invited to play at David Byrne’s Meltdown where with their 6-strong live band, they managed to weave together a warm and surreal show incorporating live bingo, a Powerpoint presentation and 900 individually named pipe-cleaner cats. Their latest release is a testament to this. Tourists, was released in September 2019 by The state51 Conspiracy. Psapp are, and always will be: Carim Clasmann and Galia Durant