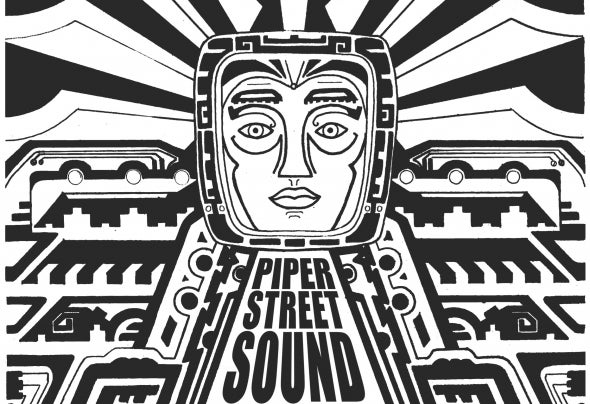 Enter Matt Mansfield, a man with his finger fully on the pulse of emergent themes, an obsessed Dub Producer, an avid devotee of the music of Africa, especially what forms it takes in the Caribbean and Latin America. A man who, with Eye Of Mordor-like intensity, searches out the newest ways of interpreting the old, and assimilates it into his transnational panrhythmic hurricane-scale musical brainmachine that is MattPiperManStreetSoundsfield.Piper Street Sound (Matt Mansfield) is a producer, a dub engineer and a multi instrumentalist/composer.Mansfield produces Dub based, transnational music from his studio, 899 Piper Street, in Atlanta, Georgia. Working with live musicians and organic instrumentation as well as electronic sounds. The building of Piper Street Studios was inspired by in-home studios such as Lee Perry’s Black Ark and King Tubby’s, two corner stones in the history of Jamaican Reggae and Dub.Since 2007 Piper Street Sound has produced many albums and Eps for a variety of bands from local to national acts, constantly expanding sonically and exploring Dub-Reggae, Afro-Latin music and bass culture in the Atlanta area. As bassist, dub engineer and producer with DubConscious, and playing with "boutique electronic trio" FLight Risk, Matt has toured the US extensively from 2008 to 2011.With time off the road in 2011, Matt dove into the studio work, writing new songs, taking on the musical duties of playing whatever needed playing on his productions, incorporating a massive stylistic influence from Cumbia, Chicha and the electrifying Cumbia Digital, Nu-Cumbia and Latin Bass scenes.Matt also is co-owner of Boom One Records and works as Digital Content Manager for the esteemed Argentinian label ZZK Records.