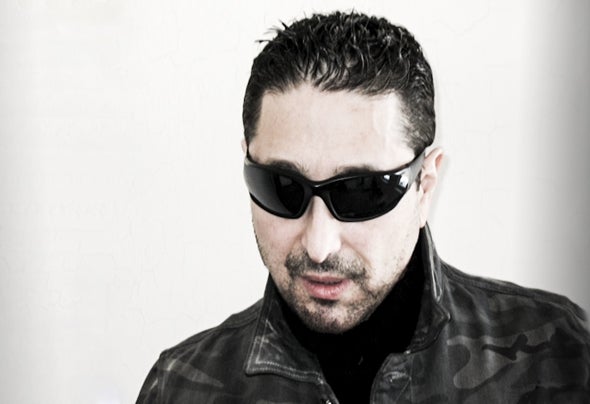 If you were to buy your first portable organ at 17 and the 3 best bands in your neighborhood were vying for you to be their keyboard player, it's safe to say you probably have a bright future where music is concerned.Peter Monk was born and raised in Brooklyn, NY and has taught himself every nook, cranny, and nuance of a recording studio. He started by opening up a studio in the basement of his Brooklyn house. His father loaned him the money to do it since he was the one who started Monk on the organ at the ripe old age of 7. He, and anyone else who stopped by, believed in what they heard coming from downstairs.Having a vast selection of musical influences in his arsenal, from the church he grew up in to Led Zepplin, Monk began studying and recording rock bands. He honed his skills and a few years later got a great reputation from the big labels as one of the go-to-guys to mix records. He naturally progressed his musicality to where he really shines, which is writing and producing. He got his first major label album deal on Virgin Records at 23 years years old. He has written and produced many many Top 40 hits including 'House Is Not A Home' by Deborah Cox and 'One Good Reason' by Nicole McCloud. His talents gained him recognition that led to an international publishing deal with Warner Chappell, Germany. Whether it's recording vocals, mixing a record, writing a melody, or making that energy infused chorus, Peter Monk is a perfectionist. His writing and production credits include: EMI Music, BMG Music, Virgin Music, Universal Music, Popular Music Co, Indisc France, ZYX Music, Select Music, Sony Music, Robbins Entertainment, Ultra Records, Strictly Music, Nervous Music, and others..Peter Monk's mission is to write and produce hit records whether he's behind the scenes, or featuring up and coming artists on his own 'Peter Monk featuring' records where he takes the role of Dee Jay. He is the CEO of his own writing and production company, MinkerMonk Music, which was formed in 2011.With a wealth of knowledge and experience, Monk is on a fast and steady track to greatness. He is destined to achieve his goals via his talent, strategy, and insatiable drive to be on top. 'I want to be a Top 10 producer.. More importantly, I want to be known as a great songwriter' said this classically trained pianist. Animated and charismatic, Monk takes pride in his ability to float from genre to genre. He has even started doing a monthly podcast for his fans entitled 'Peter Monk Rising'. You bet, he is!