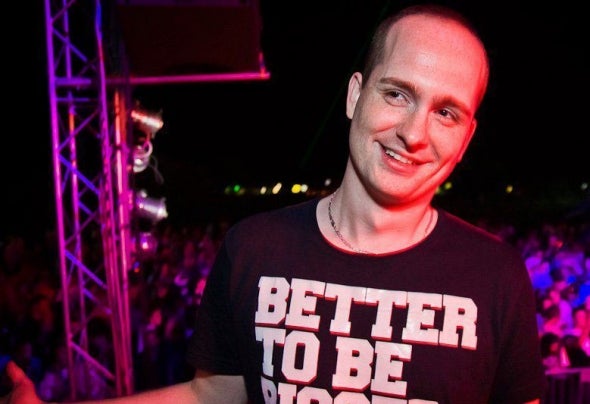 Allex was born on 16th June 1985 in Bratislava the capital city of Slovakia.As a DJ:First breakthrough in his career occurred in early 2008, when he began to cooperate with Czech internet "Max Radio", which started to broadcast his house, electro & progressive mixes every saturday.All this noted Czech Dj Giorgio Panajotis, who later became Allex's manager. This gives him an opportunity to play the original house events in the Czech Republic with reputable Swiss Dj's as Mr.P!nk, C- Side, El Punto or Vera Patt.In 2009 started cooperating with one of the biggest booking agencies in Slovakia, Expedition Booking, which gives him new opportunities as playing on the biggest EDM festival BeeFree or Beautiful Things - best electronical event of those days or residency in clubs in Bratislava, Slovakia.In 2010 changed his live and moved to UK (Manchester) and is there till now. T his gave him opportunity to play for totally different crowd as he been usually used to.From April 2010 began his "show" called Experiment where he want to show people a bit different look to the music with playing some unusual stuff.And at this moment is on 97th episode, so nearly a milestone of one hundred episodes.As a Producer:His production noted Russian Dj & producer Ex-plosion that owns the label Soviet Recordings. That was next breakthrough in Allex's career, because this man has fulfilled his greatest dream. On 11th April 2009 saw the light his first single "Generation Imagination" distributed exclusively by Audiojelly. It raised 8th and 13th place in two genres of Top 100 charts! Later came out 2 remixes on Atomic Zoo Recordings.At the end of the year came out next single Rising EP with two new tracks and a remix.From 2010 to 2012 released some releases on labels such as Green Martian (Bonzai) (BE), D-Force Records (NL), Soviet Recordings (RU) with his own Hangover or remixes on Something's Missing from Jan Johnston and Tartarus ; Foxa - Balance Of The Soul (Allex Remix) which reached the third place of sales on Beatport Label Top 10 ; Dimane - Say It Right (Allex Remix) or Precious, a cover version of Fox The Fox - Precious Little Diamond !In 2013 been released his debut album Redemption which contains 12 his own tracks and got some good support from Guiseppe Ottaviani, Andski, Fanco Bianco, Neil Moore or Robert Gitleman.