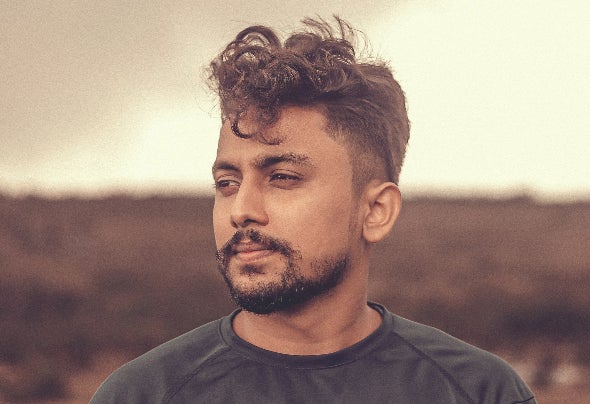 An enthusiastic individual who is passionate to make music and perform Shashika Nuwan born in Polonnaruwa, Sri Lanka started his journey in the music scene in 2016 with the alias "N Marc". Before starting music producing he was a traditional drummer which calls "Beraman" in Sri Lankan traditional dance culture. He showed his incredible skills on Sri Lankan drums at earlier ages of his life like 10 years. When he growing up he got that idea to do something more to recreate his musical ideas and to let others listen. He started his own label "Hela Recordings" in 2018 and released his first EP called "Foresight" and he was lucky to get his first global DJ supports from R3SPAWN, AVADOX, and even got good impressions of his music from local artists like La Signore. He continued producing music and in 2020 he did his first official remix to the Romanian singer Otilia for her hit single "Prisionera" and his remix featured in Otilia's memories remix album in 2021 via Jhaps Records. He ranked 2nd place in Spinnin' Records Blasterjaxx contest chart in 2019. His remix for Hardwell Mad World got support from the world's best remix and mashup duo Djs From Mars and Mr. Sid. His music got recognized by world-renowned DJs like Timmy Trumpet, Blasterjaxx, Futuristic Polar Bears. In 2021 he signed in to the Trend Base Music and he also was a co-founder of that new record label for Sri Lankan upcoming DJs and Producers.