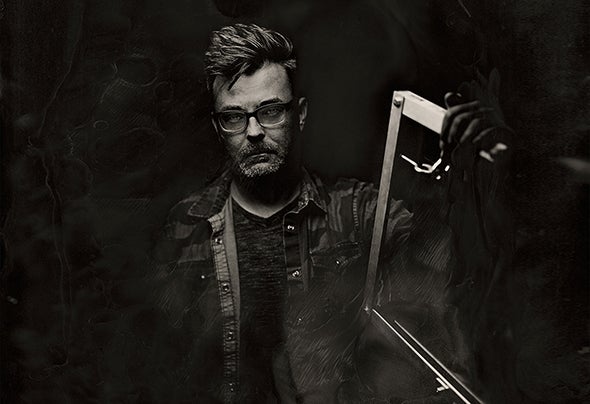 In the late 1990’s, Mike Schommer (along with Rod Modell) co-founded the dub techno record label Deepchord in Detroit Michigan. The label was considered by many to be the second wave of the Basic Channel sound and achieved virtual cult status among electronic music enthusiasts. After four years, and achieving far more success than initially anticipated, Deepchord Records wound down operations (five years later, Modell would revive the “Deepchord” moniker as an artist name). For Mike, the rigors of running a new business and raising a family took precedence over the demands of pressing records. Deepchord Records had a fantastic run over the course of issuing 11 sought after dub techno releases, but this wasn’t the end for Mike. With encouragement from Rod and his wife Tarah, Mike enthusiastically returned to producing music in 2017 with a fresh perspective (a positive side-effect of NOT being submerged in the process/culture for 15 years). No longer does he feel the need to adapt his sound to fit a particular scene/style. No constraints or target audience, only heartfelt, unencumbered music that comes directly from the soul.