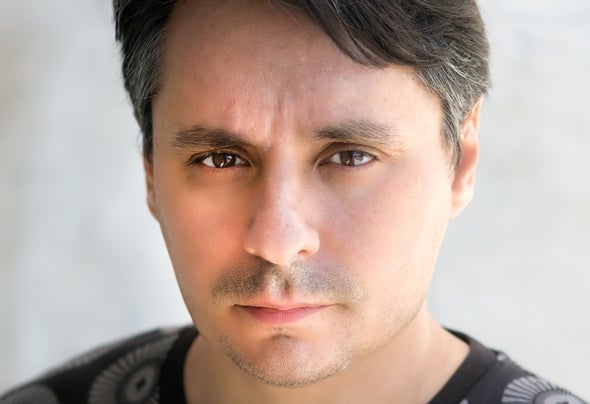 Matteo Curcio has been crafting electronic music since the 90s under many different names, although he’s mostly known as one- piece of the Grammy-award nominated duo Musetta, bursting into the downtempo scene in 2009 with their debut album “Mice to Meet You!”. Matteo's sound is impossible to pigeonhole, though it is distinctly downtempo — often crossing the boundaries from synth-wave and alt-pop all the way to trip-hop and electronica, and sampling from obscure Middle Eastern and East-Asian records in his music, often leading to unexpected new sonic territories. Growing up in the suburbs of Milano throughout the ’80s and ’90s, he would play in indie psychedelic bands as an escape from the drudgery of small-town life. In 2006 he formed the duo “Musetta” with singer Marinella Mastrosimone. The project saw much critical acclaim with their downtempo, trip-hop anthems, and soon got them signed to the downtempo label IRMA, then licensed abroad by Armin van Buuren's Armada, with five chart-topping releases that climbed the Trance/EDM charts and got endorsed by names such as Pete Tong, Tiesto, Paul Oakenfold, Laurent Garnier, and David Guetta, and featured on several TV shows such as Better Call Saul, Elementary and House Of Lies. After moving to Dubai in 2016, Matteo is currently working on his own solo project, as well as the highly-anticipated second album with Musetta.