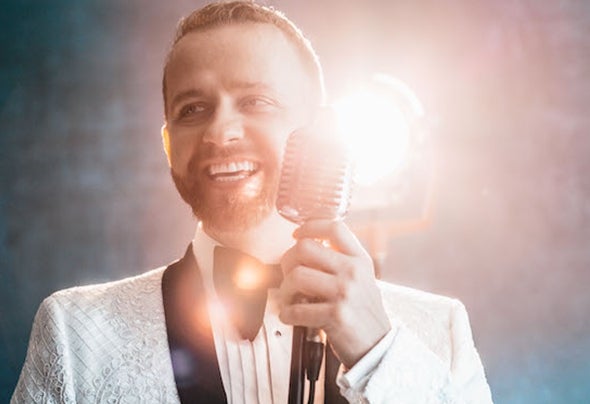 Marty Thomas is New York-based renaissance man. He is a Grammy Nominated recording artist who made his Broadway debut in "The Secret Garden" at age 11. He has also appeared on Broadway in "Xanadu" and "Wicked". He has multiple albums available on iTunes or for sale on this site and released several records on the iconic disco label Westend Records under the Godfather of disco, Mel Cheren. He has appeared on the Tony Awards, The View, The Today Show, The Tonight Show, Inside Edition, CBS, VH1, MTV, 20/20, and more. He has opened for Grace Jones and Patti Labelle and has sung backup vocals for Billy Porter, Stephanie Mills, Debbie Gibson, Martha Wash, Keala Settle, Barry Manilow, Jessie Mueller, Shoshana Bean, Rachel Potter and more. Marty plays Damon' on the hit CBS sitcom "Two Broke Girls", and he will appear as Charlie in the upcoming third season of the Netflix series "Grace and Frankie". Marty was named Mr. Broadway 2008 and was a 1992 Ed McMahons' Junior Vocalist Star Search Champion. Marty toured internationally with the famed gospel show "Queen Esther Marrow and the Harlem Gospel Singers", appearing as the group's first caucasian member. Thomas created a show called "Marty Thomas Presents DIVA" which he also hosts and produces. The show is a tribute to the iconic female powerhouse vocalists throughout history. "DIVA" performed weekly in residency in NYC for seven years and periodically tours. Marty also serves as the shows musical director, arranger, choreographer and wardrobe stylist. Marty has performed around the world in regional theater and on cabaret and cruise ship stages. His thrilling one-man fully orchestrated show has been seen by thousands of theater fans, around the globe.