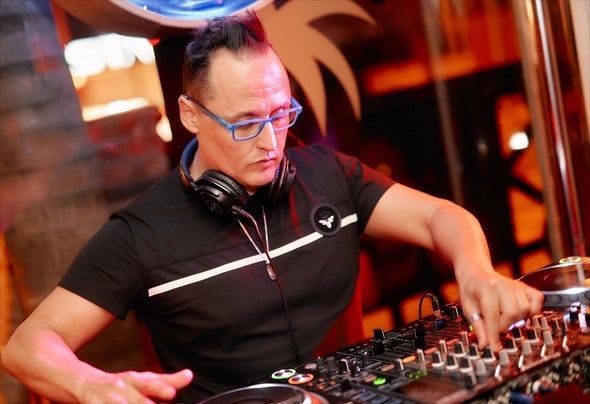 Marttin, passionate about music from a very young age, started working as a DJ in 1993, and through his producing, club sets or his great skill as music selector has always been at the leading edge of electronic music in Spain.  An eclectic DJ and a fanatic of House music, with a nearly magical skill in long sets which have made him gain a strong and long career as DJ and producer in the two last decades. At an early stage Marttin had a strong impact as Resident DJ in the dance scene in Galicia (Spain) playing many of the most legendary clubs and going through the main cities in his homeland: Tuy, Vigo, Santiago, La Coruña. Another highlight are his performances in more underground clubs. His passion for music and his motivation to improve and to grow professionally saw him moving to Barcelona in 2006, where he started to work in a popular vinyl store (On Off Vinyl Store), combining this with his studies in music production. 2008 saw his rebirth in a new and long phase in his career as DJ, working for the company Ocisol Group, in Salou (Tarragona), where he has been an official resident through all these years in his clubs until this day. Another highlight of his career is his work for the group “B-FREE” Soldenit Lounge Club, belonging to the Pacha Group (Tarragona – Spain). In 2012 he creates his own record label “Elegant Music” with a clear aim to create music with feeling, not caring about labels, fashions or tendencies. In 2013 he achieves his rst performance in Ibiza in “Sushi Point (Restaurant & Lounge Club) located in the Ibiza port (Marina Botafoch) with great acceptance and success. Nowadays Marttin is still working intensely in his DJ sets, his sessions are always carefully studied, elegant and play out like a musical trip by combining house, deep and techno. At the same time, his record label keeps growing, and as a producer he keeps growing with new music productions every week.