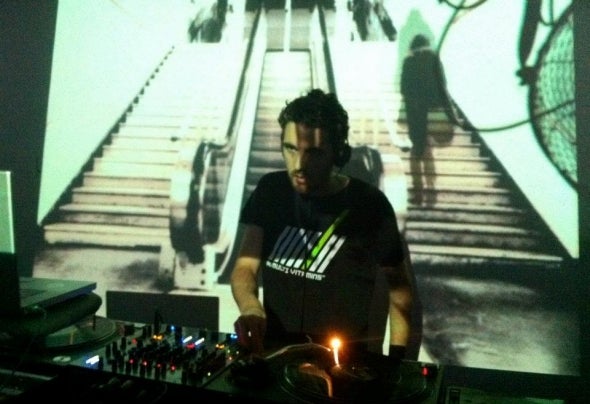 Doudou Malicious is the artist name of dj/producer and Multi Vitamins label owner Edouard Darracq. Originally from France – Pontoise, near Paris - he has been based in London for the last 10 years.Edouard started mixing in a very young age, when he began building up a versatile performing style, adding all kinds of different sounds. After taking part in a series of events with the organisation "Process" in Paris, he decided London would be the next place to be based and continue his work. Doudou Malicious’ name appeared in plenty clubs around London, when the idea of setting up his own events came up. In the summer of 2004 the weekly event with the name Multi Vitamins was launched in the area of Shoreditch and Doudou hosted djs, live acts and visuals providing a platform for some international and local emerging artists.muLti net label was set up in 2005 while Multi Vitamins records label was set in motion in 2006 featuring artists like Anthony Collins, Mark-Henning, dOP, Kabale und Liebe, Massi DL, EKkohaus, Arnaud Le Texier, Cesare vs Disorder, So Inagawa, Gregorythme, Cesar Merveille, Sounds4peace + many more.Doudou Malicious has produced two albums called “French recipes” and “Special boy” released both under his own label. As well he has done remixes for producers like Sebastian Russell, Samuel Knob, Jan Hendez and Jason Glanville.His music has been also released in labels like Safari Electronique and Enliven music. Keep your eyes out for more upcoming works from Doudou Malicious on his own imprint with his quirky, fresh sounds!