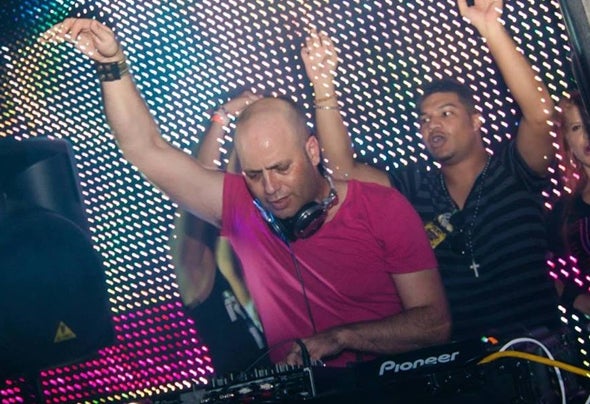 Liam Shachar began his musical journey at the young age of 13 with a pair of turntables and a DJ Mixer. He began performing in clubs around his hometown of Tel Aviv, Israel at the age of 16. By the age of 19, Liam had worked for a local DJ record store, had 2 radio shows and was performing regularly as a DJ. In his early 20’s Liam began to experiment with music production, which led him to his first single release, “The Creation,” on George Acosta’s Grooveman Records. In 2000, Liam relocated to Miami and started performing in local clubs, such as Shadow Lounge and Billboard Live while releasing singles on various record labels around the world. His music productions start gaining support from top DJ’s such as Tiesto, Armin Van Buuren, Sasha and John Digweed. In 2003, he was invited by Basswalk Records to play at the world-renowned Ultra Music Festival as a headliner for the label’s stage. Liam’s big brake came in 2004 when he was personally picked by Paul Oakenfold to be the newest artist of his Perfecto Records imprint. Under the Perfecto label, Liam remixed some of the label’s biggest talents including singles from Oakenfold himself. He also remixed David Guetta’s “The World Is Mine,” which was released on Ultra Records. In 2005, Liam came across a singer by the name of Joe Echo and remixed his song, “On All My Sundays.” The remix gain huge support in the dance music industry and was immediately picked up by Oakenfold for his "Perfecto Vegas" album. The success of the remix led Liam to record another song with Echo named “The Waves” which was later featured in Jonathan Lynn’s 2010 film “Wild Target.” In 2007 Liam started his own record label, “Inner Logic Records,” and released his first full artist album entitled “Perfect World.” The album, a continuous mix of his own productions, received outstanding reviews in music magazines worldwide.