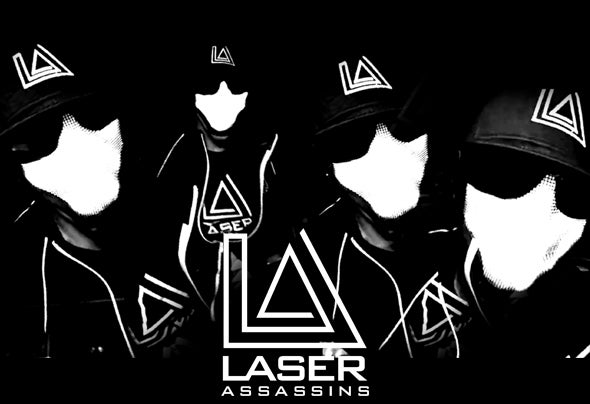 After sharpening their skills as laserist in the world of EDM festivals for several years, LA’s new vision naturally spawned into something more hardcore. With years under their belt Destroying festivals throughout North America with their lasers, the Laser Assassins began their attack on the music industry, combining their heavy festival stage production with the crushing bass sound of their music in early 2017.In June of 2017, The Laser Assassins unveiled their Destroy with Lazers live show at the Foam N Glow event In Dallas Texas. Armed to the teeth with original music, LA assaulted the audience with an unrivaled audio-visual debut, immediately enlisting new fans into the LA Nation. The spectacle immediately created a massive buzz around these masked madmen, casting the Laser Assassins as one of the hottest new live experiences in EDM.Now, LA is taking the show to the next level, and the impact of their hit and run performances along with their unapologetic hard driving bass style music continually destroys audiences across the country.