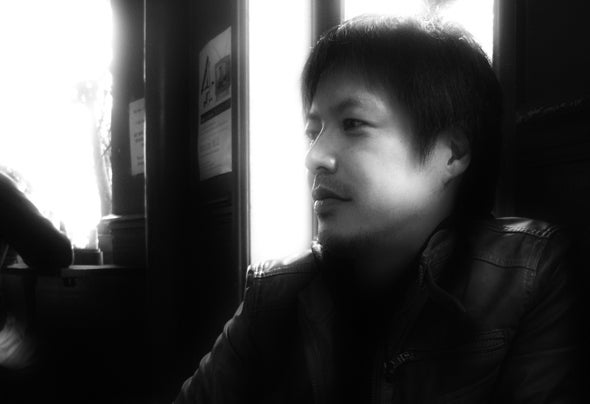 KUROI MORI is the solo project of Japanese musician Hiroki Furutani, who has been involved with various electronic, jazz-rock and avant-garde projects since the 1990's. His first album "Schwarzwald - KUROI MORI" (1999) was released on Tone Casualties, an American label based in Los Angeles. The album has a simple, melancholic style and was created with the aid of AKAI S-3200XL sampling gear. The album title (Schwarzwald Kuroi Mori) is taken from the name of a German Forest, which became the place of myth and fable in olden times and we are reminded of the dark mystique of the woods when listening to the music. His second album, "Dawning" (2001) features a number of collaborations and the voices of his contemporaries stir up deep and dark images. On track ‘Dawning’ the listener is gently eased into a meditated trip of imagination. In 2009, with the released of the third album "Memento Mori" his sound changed as he attempted to fuse Electronica with the electric guitars of Prog and Post-Rock. And he worked on his fourth album "Childs Hill" with musicians in London. This album also promises an Electronic sound accompanied by melancholic vocals and melodies.