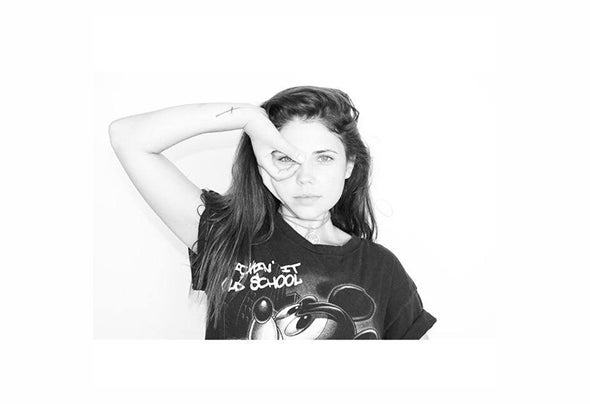 The world is just now discovering the warm, soulful voice of Jezzabell Doran via her collaboration with 21 year old electronic wunderkind producer Flume, but the Australian vocalist and songwriter has been practicing her craft since the tender age of 4. After an impromptu performance in an airport terminate drew a massive crowd around the young girl, Jezzabell’s father began taking her busking to nurture her natural talent and encouraged her to pursue a career as an artist, which she was clearly destined for. Jezzabell also discovered a gift for songwriting and has penned dozens of songs over the last decade. As a teenager, she formed Anthony for Cleopatra with her then boyfriend Jesse Donovan and Harley Streten (aka Flume). While the project was short lived, it did birth the song Sleepless, which was later sampled by Flume for his hit of the same name. Flume’s expert chops of Jezzabell’s voice are prominently featured in his version of Sleepless, and since it’s release, the track has become an instant classic thanks to dozens of remixes from producers across the globe, helping to introduce Jezzabell to an international audience.