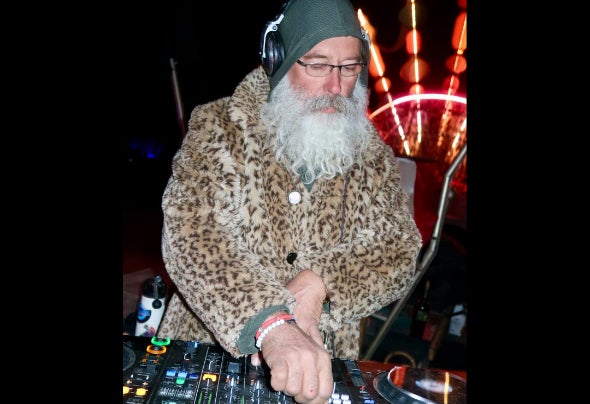 Jerzy was born in southern Poland. At the age of 12, he used Real-to-Real tape decks to play music for his classmates. In the late 80s, he emigrated with his wife Ela to Silicon Valley, California. His love for music was always rivaled by his love for technology. Electronic music allowed him to combine both passions. Since 2017 he returned to his music roots and focused his time on music production and live performances. In the quest for the highest sound quality, he built a custom sound system for his school bus RV that become @NothingSetInStone music stage. Jerzy loves to perform at off-grid locations, his favorite has been the Black Rock Desert. He has performed for various camps at Burning Man and at regional events like SOAK, Element 11, 4th of Juplaya, and EveryWhen Electric Universe. Jerzy’s music reflects his vibrant personality and positive vibes. His mix sets are full of stories and groovy beats that will take you on an unforgettable dance journey.