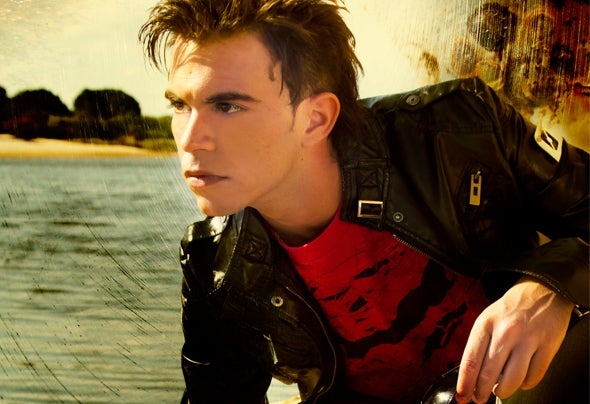 Jano Zanzi - Alejandro Zanzi, is a 26 year old Uruguayan singer and songwriter who started his career at the Atlantic Song Festival in the year 2000.In 2002 he travelled to Buenos Aires, Argentina; and became one of the top 15 finalists of the reality TV show Popstars - Telefe.He returned to Uruguay where he wrote and recorded the songs for Ciclo Basico, his first album; produced by Eduardo Barcelo and Geremy Cajtak. The album was released in December of 2003; and was re-released by SurBeats Records in 2012.By 2005 he started working on independent works; always related to music. That same year he wrote, recorded and performed two songs Back on the road and Someone’s watching over me for an international edition of the American TV show Purely Music - Safe TV.In 2006 he signed with Clippers; a company from Barcelona, Spain; to write songs for other artists.In 2008 he wrote and produced T he Breakup; which was released in digital format by La Cupula House of Music and iTunes.In 2010 he accepted the offer to write and arrange the songs for the musical play Noctámbulo: un amor prohibido Sleepwalker: a forbidden love which debuted at the Broadway Theatre in Buenos Aires,Argentina; and which will be re released in 2013.For this work his name became well known in the Argentinian specialized press; which spoke of his songs as modern rhythms and melodies which speak of him as someone who has an outstanding grasp of the theatre code and said that Jano was a finding to be taken into account.In 2011 he composed the song Gone with the waves for Falling in love with you again, a documentary film about the history of surfing which is currently in post production.By the end of that year he started working on the songs for Apocalipsis WOW!, his new studio album; produced by Daniel Anselmi.At the same time he worked on a remix for Emil Montgomery’s song Space is a dream with DJ Paola Dalto, which was presented at the show Faro Sur in the Solís Theatre of Montevideo.Apocalipsis WOW! contains two duets with artists Dani Umpi and Gia; and two remixes by Fernando Picon and Ariel Perazzoli; two outstanding DJs in the Uruguayan electronic music culture.Its first two singles are Bad bad boy and Todo Vale Feat. Dani Umpi.Apocalipsis WOW! will be released by SurBeats Records - www.surbeats.com in both digital and CD format, in November of 2012.