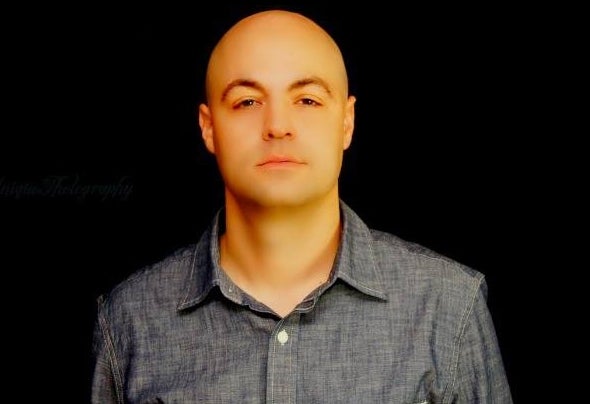 iCizzle is an American DJ, actor, musician, documentarian and record producer. Born and raised in Oregon, he appeared on the plays Mary Had A Little Lamb and Change Your World as a child. In the late 1990s, iCizzle rose to prominence as one of the top DJs and youngest member of Let's Dance, which eventually became one of his companies. iCizzle began to adopt a more mature image as an artist with the release of his debut experimental documentary, the Street- focused Becoming iCizzle (2009), which yielded the successful music videos "Yeah Sure" and "So Far Away (From You)", and earned his first two Film Festival Nominations. His critically acclaimed second documentary Elvis What If (2012), characterized by its diversity in story genres, debuted atop the Youtube. Established as a storyteller worldwide, his first two documentaries both exceeded streams of 3 million views, and continued producing records and collaborating with other artists. From 2012 through 2016, iCizzle focused on his acting career, effectively putting his music career on hiatus; he held starring roles in the films Dog IDS, Bagman, Laugh! Paws! Be Happy!, and Von Vanderviens Hollywood Adventure. iCizzle resumed his music career in 2016 with his third and fourth albums The iCizzle Experience and Optimism - 2 of 2, exploring EDM styles, partly inspired by the expansive song structures of 1990s and 2000s Dance. iCizzle is the recipient of numerous awards and accolades, including ten best picture Awards and Nominations, four music Awards, three documentarians Awards, and nine Northwest Mecca Music Awards. According to The NWM Radio in 2017, he is the best performing male soloist in the history of the Mainstream Top 40. SnoreReviews.com named him one of the 100 most influential people in the world in 2016 and 2018. His other ventures include record label iCizzle Music, fashion label iCizzle Fashion, and the hot sauces world famous and ultimate.