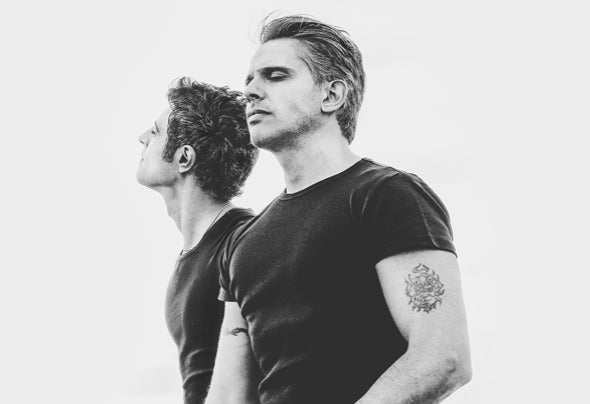 Davide Pennacchio and Salvatore Pica, aka “HOUSE AFFAIR”, are two young Italian DJs / producers specialized in dance music production with a strong preference for house, deep house and garage tracks. Friends before colleagues, they were born in Potenza, the Lucanian capital, in 1977 and boast a personal, rather than long-standing artistic knowledge. They are respectively a criminal lawyer and a graphic designer and live and work permanently in Basilicata, where they have built their business center in southern Italy. In Potenza they have created a small recording studio where they produce their songs, being authors both of the texts proposed in their tracks and of the musical arrangements. The musical project of "HOUSE AFFAIR" was born in a very particular historical moment. Those were the months of the lockdown: the difficult spring of 2020, so to speak, when Davide Pennacchio and Salvatore Pica, distant only temporarily from their established professions of criminal lawyer and advertising graphic designer, found themselves building an important artistic duo that would lead them to the composition of “It's Not About Me”. It is an eccentric and very launched song, a vocal-house track that speaks of a finished love and an apparent surrender for the male interpreter who in a few hours, thanks to an evening at the disco, has the courage to say enough for a love now worn out. House Affair are already preparing new tracks that will be released in the next winter season and can be listened to and purchased on all digital stores on the web and on all the most important social networks.