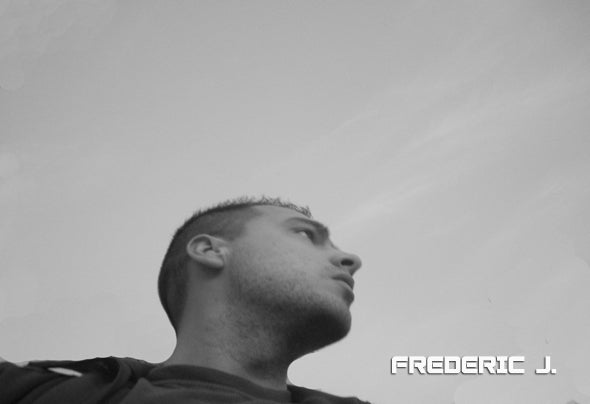 Frederic J. Spanish DJ & Producer start electronic movement at 9 years, making your own mixes with cassettes, at age 14 knows start going to all the raves and clubs reference in Madrid,at 17 bought his first computer but simple enough to polish his technique to the decks.At this age discovers his true passion is music and mounted his own home studio, his first productions reveal the peculiar atmospheric touch that projects into their set, to evolve later productions by both the darker electronica, through the hard techno and even house productions by more progressive and rhythmic, which led him to be radio broadcaster in the outskirts of Madrid, producing and developing the program Euphoria F.M and has made several soundtracks for short films and documentaries for big companies.Alternating his work as a radio broadcaster, with his performances in various venues most charismatic and raves of the Madrid scene where it shows his great predilection for the most danceable techno.Today is the owner and resident of The Omen Club (Spain) a leading club where you can hear more underground styles of electronic music, in turn, is the promoter of TechnoSys Summer Festival, summer festival in the region of Murcia, this year (2012) held its third edition, director of Phrenetik Tour Agency and Booking and owner of The End Recordings record label.Certainly an all-terrain inside and outside the studio.