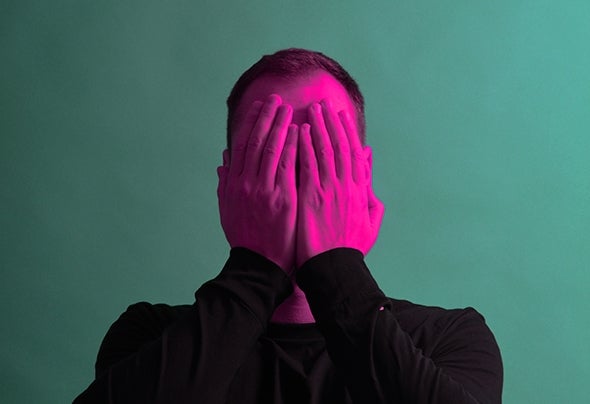 Emil Kern is always sound collage! In general, and the basis and beginning is the algorithm, the sequence, the random as a function of sound with which the silence is confronted. By continuous communication between algorithm and human the motif selection takes place. The tension is formed between mind and algorithm. The question of the creator and author of chaos and order and its influence on the effect of the play becomes clear with an increase in the intensity and the density of the structures and sound motifs. The basis for this consideration is the search for the origin of emotional resonance through music. The origin of feeling, passion, dedication, and happiness. Questions about the emotional functionality of sound structures as regards the influences of computability, order, structure and clarity as well as the necessity of chance, change, disturbance and chaos as the attributes of the living form the basis for the two following musical approaches. Like Video is the repetition of photo, sound collage is repetition of loop from a sample. The composition of sound images and their basis are more records of the happening are as clear constructed sound figures. Whose aesthetics originate from the dense tension of the interaction of the individual images with each other. Time forms the framework of the collage whose aural meaning evolves with the duration of the play. Troubles, dirt, uncleanliness, noise and supposed false noises as well as cracking and crackling are considered as necessary aesthetics of this world. Its presence serves almost as a proof of the unadulterated, the momentary impression of the authentic of its images and used to produce from them new sound worlds and sound connections. Surreal reality. Create from the most real, from recordings of sound in its various perspectives, colors, lighting and arrangements.