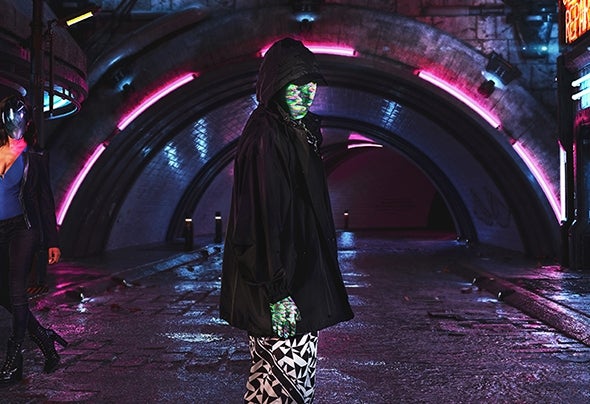 DVRKO. A future from the past. Deep compression, resonance in a crowded room to mute the noise. The essence of bass, comprised partially of post-consumer content. Some of it parted out from a stolen lime bike. Echos and formants without an expectation. Anthems speaking through a prism that would destroy itself if it wasn't beautiful. It is. Live cut strings, far too many muffs, live drums, and an occasional theremin. Extracted and forcefully interrogated by Billboard.com, DJ Times, Digital Journal, Los Angeles Blade, and Fresh Music freaks; DVKRO refused to give an interview until a light lunch was provided. In the media: Billboard: "The Next Breakout Dance Music Star From The Future" DJ Times: "Who is DVRKO? We’re not at liberty to reveal that information, because… hey, we don’t know either... electronic music that features sharp hooks and memorable melodies" Fresh Music Freaks: "This DJ and producer has risen from the dark to bring us tunes that will bring us to life. DVRKO has this mysterious and dark demeanor about him, but it’s no mystery that he is an amazing producer."