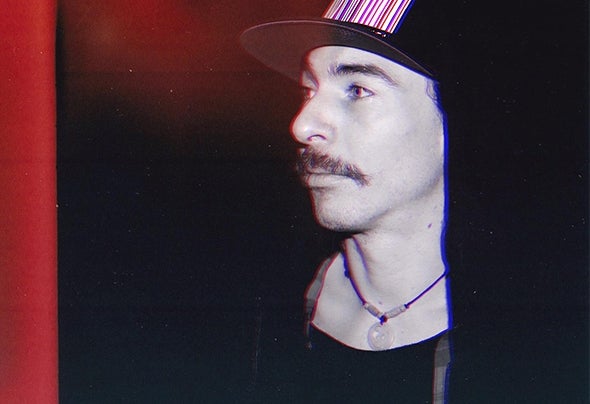 Born in Germany, DOMINOLO was raised in California where he experienced the American way of life. At the age of 9, back in Germany, he learned how to play the guitar and developed from then a deep understanding for music with all its facets. Making music, expressing himself through it, always gave him the energy to take any kind of challenge in life. During this time, he taught himself to play the bass, drums, singing and played in several bands. Initially settled in the rock genre, his father showed him how to produce and express feelings more accurate. Moving to Spain in 2015 opened up a new chapter in his life where the passion for producing and performing electronic music arise. Striving for transcendence of the “story-telling” part of his former musical career to electronic music, DOMINOLO certainly manages to transfer these emotions through careful selection of his sounds which captivates the audience what can be heard in his own productions which are supported across borders from Neu Gravity, QualityTime Collective, NEXUS Studios and many more. DOMINOLO stands for variety, freedom of thoughts, open-mindedness, talent sharing and showing love across borders through driving, emotional, electronic music. Matching perfectly with the message and values of Quality Time, he is now representing the Barcelona-based collective. If you ask DOMINOLO how he would describe his style of music, his answer would be: “Spiritual Techno!”, he combines all styles of electronic music “I will take you to a rollercoaster ride of techno mixed with minimal and tech house. Let's share more love and techno vibes to heal the World.” "If you need to put the music to only one Genre...", he said, "It would be Spiritual Techno."