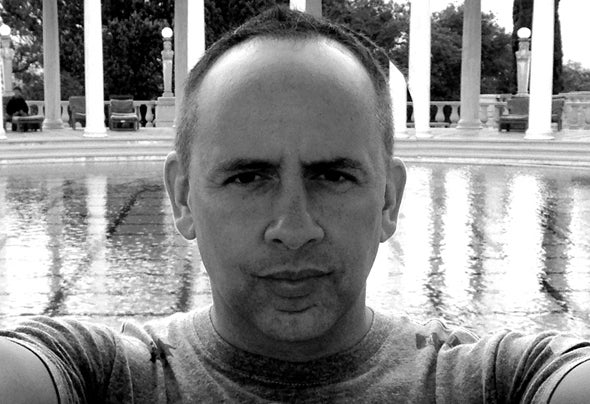 DJ 3D is a US Rave Legend who since the Mid 90's, has played every corner of the US. From crowds as little as 10 in Akron to 10,000+ in Los Angeles. Crowds love his signature style of hard and heavy dance floor Drum & Bass smashers. 3D has headlined countless Raves, but also in world renown Clubs including Alcatraz Chicago, Roxy NYC, First Avenue Minneapolis, Smart Bar & Metro Chicago, Avalon Hollywood. He's opened for major label artists like Poi Dog Pondering, Cypress Hill, Goldie, Lady Kier, and Sugar Hill Gang. 3D has had mixes featured on Chicago radio stations B96, Q101, WCGK, and a guest residency on WNUR, plus dozens of radio shows throughout the US. Once labeled "The Godfather of Chicago Drum and Bass", his 100+ releases quickly became the talk of the US as they were featured in every major scene Magazine at the time and licensed to countless CD compilations. 3D was the first to sign a deal with E-Music, the internet's 1st .MP3 download site. He has also been featured on Geffen, Ultra, Koncrete Jungle, Liquid Sky, Ghetto Safari, Bad Boy Bill's Canvas label, and dozens of other labels. 3D tracks have even been featured regularly on MTV Reality TV Shows, most notably The Blame Game. 3D was also the driving force behind the Rave promotion groups Uptempo Dance and Future Forces. From 1995-2003 they threw countless Raves in Chicago, Madison, Rockford, and in between, filling legendary venues such as Rainbow Roller Rink, Route 66, The Black Hole, Dance County Expo, and Dolton Expo. Future Forces threw the 1st ever (for Chicago) Festival style Rave in Chicago on Millennium New Years Eve with 144 DJ's in 12 Rooms of Sound for 12 hours.