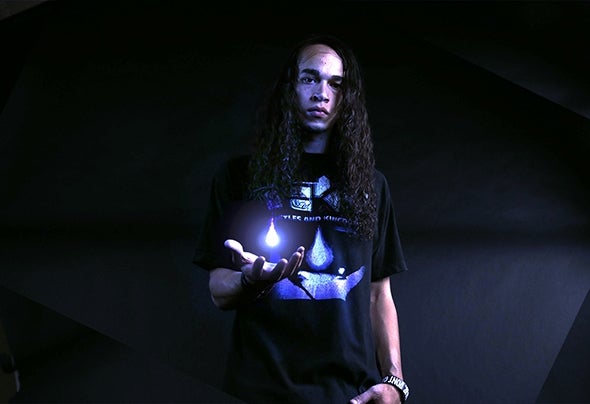 Derek Page a.k.a. Dekai is an upcoming artist from Salt Lake City, Utah. He grew up playing drums, mostly influenced by alternative rock, and industrial bands. He became interested in electronic music after discovering groups like Infected Mushroom, Darude, and Daft Punk. In 2011 he created his solo project, working tirelessly to master his craft as a producer. This decision has lead him to meet some of the most influential players in the electronic industry like Deadmau5, Kaskade, and Pasquale Rotella. Within a year of signing with local label Damn Son! in late 2012, his music catalogue has more than tripled. Developing a completely unique take on electronic music he infuses popular genres, and styles with deep, ambient, and euphoric sounds to create an almost meditational state of mind. Instead of focusing on the dance floor he focuses on the listeners state of mind. The results could potentially lead to an evolution in the way we think about electronic music. The future looks bright for this up-and-comer.