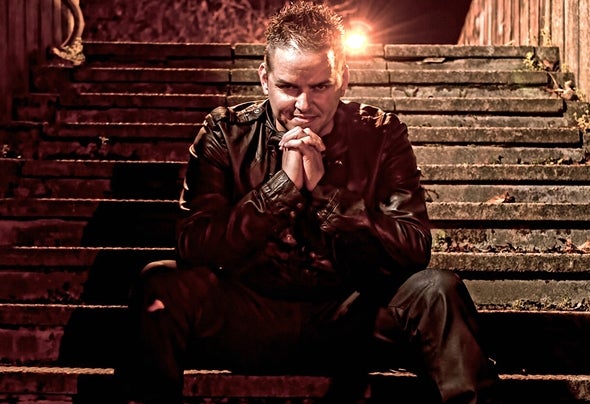 London's most unique and exciting electronic artist is set to make his mark focusing on his own different recipe, involving musical elements from the 80's fusing with today's underground sound.Coming up with his own formula and style, Dean's diversity revolving around the 80's new wave era and modern deep house and tech of today is proving to gel for all the right reasons. With the combination of production skills and sublime eerie vocals, his new productions are envisaged to set a benchmark in the industry catering for the nu-disco and house genre lovers.Throughout time Dean kept his connection with music as he still heads his independent record labels (Lifted Recordings & Sentio) and still currently a professional DJ of many years.Despite being a stalwart in the London music and club scene for many years now and supporting artists such as WILL.I.AM, Mark Ronson and performing at international festivals. The forward thinking professional is set to launch his debut double album "Versatile" later this year which has been two years in the making.Dean's inspiration comes from 80's artists such as New Order, The Cure, Simple Minds, Soft Cell, Depeche Mode and Jellybean to name a few. During his childhood he was naturally driven to this sound and still favours it to present day. He thrives on vivid imagination and originality that reflects in his ability and authenticity amongst his peers.Vintage dark synths, driving deep beats and ghostly sounds combined with a rock and indie element defines his new sound of late.The evolution for the gifted individual will be an interesting journey as he is ready to embrace new ideas and different perspectives on underground music and on the dance floor.