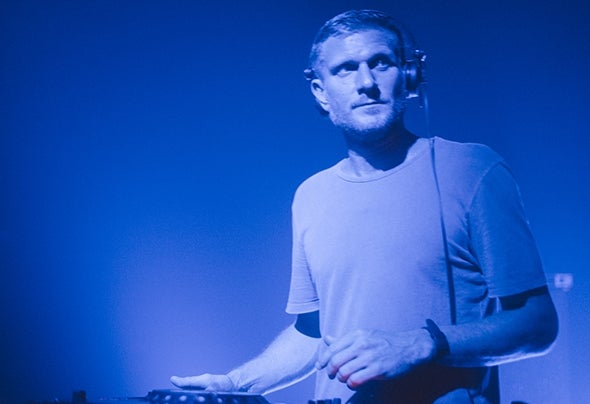 Dirk Schneider, born and raised in Heidelberg, Germany, found his love for Electronic Dance Music in 1989 when he was just 14 years old. After years and years of building a massive collection of vinyl he turned his passion into a career working at GOA Records Mannheim (name later Freebase / Delirium) that further fuelled his passion in Electronic Music. From there Dirk started his DJ career by playing clubs and festivals all over Europe for events such as “Time Warp” which is where the “D.Cut” pseudonym came into play. The D.Cut electronic aesthetic was carried deep into his DJ sets, and explains why he was invited to host the decks at places like “Tresor“ in Berlin, “Dorian Gray” in Frankfurt (both clubs were seen as the birthplace of Electronic Music in Germany) and a two-year gig as a Resident DJ at “U 60311” in Frankfurt. In 2000 Dirk met Heiko Klinger and together they founded “Extrachic Studio” in Mannheim, resulting in many collaborative projects with varied labels, with the most recent “Quesh”, a successful and charted electronica project that was released on Television Records Cologne. Always checking the latest releases and keeping himself updated, his sets are very much one style of techno and house traditionally rooted by German Electronic Music and fall between Techno, House, Tec House, Minimal and Electronica which are reected on his own label “Jacksum Records“ D.Cut follows the feeling of the audience and creates the most up-lifting and hypnotic atmosphere in the club, you won’t be disappointed.