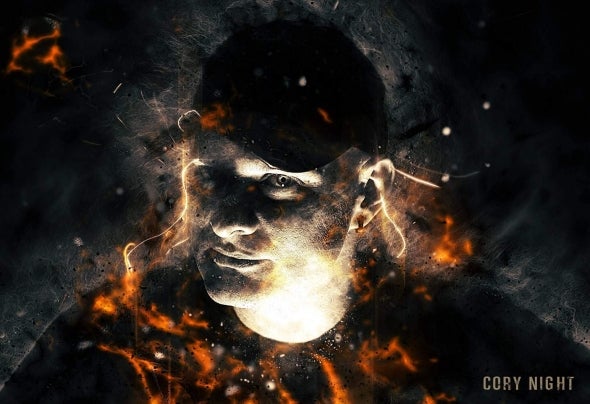 Born and raised on the South Side of Chicago, Cory fell in love with House music at a young age. He had been immersed in the underground House music scene for years and by the late 90's, he mastered the art of mixing. Playing became a focal point of his life, a way for him to channel his passion for music into self-expression. This ability to express himself musically would not only lend a hand in progressing his sound but furthering his careerCory began playing out frequently at underground parties and events in and around Chicago, opening up for DJs such as Psycho-Bitch and DJ Bam Bam, as well as playing at renowned clubs like Spybar and other Chicago hot spots. Then in what has become a natural progression in modern DJ culture, Cory also branched out into music production. With a fine-tuned ear backed by years of experience playing, that decision would pay off.Cory’s emotional connection to his music has continued to allow for ever- expanding and diverse opportunities. He has had guest mixes air on Chicago’s Electric Playground (Q101.1FM) & Dance Factory Radio (99.9FM), as well as a few online shows such as Eargasm Radio and Fearless Radio. Currently, Cory can also be found playing live on his own show, a weekly residency on "BnbLondonRadio.com" CoryNight.com/live, Sundays 2-4pm (CST) or 8-10pm in the U.K.Cory’s passion is House music, but his overall focus is less on genre and more on simply playing what feels right in the moment. His signature sound of deep bass and ominous melodies give a nod not only to his name, but to his past as well. Cory Night has transcended great personal obstacles to be where he his today, a life that he feels music has given back to him.In his own words, “When I’m DJing, I feel like anything is possible, I feel like I’m free.”