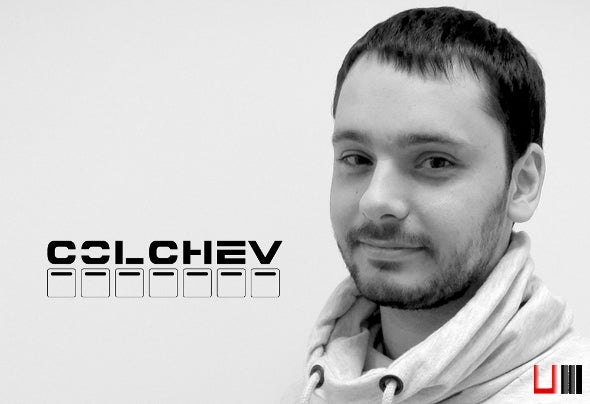 Colchev (real name Eugene Colchev) was born in a small Russian town, 2000 km away from the Moscow. When he was 14, the family moved to suburban Moscow where he set up his first promo-team with his classmates. In the 3 following years the team would organize more than 350 events in smaller bars and clubs, where Colchev would also deejay along with the friends he invites, all of them having little experience of performing in public. In 2010 Colchev tries himself out as a musician. He studies the basics of sound physics and synthesizing to create his first tracks. The artist prefers minimal techno and electronic, although not completely relating himself to these genre as he continues to search for different timbres and harmonies.Relying on his laptop and computer sound technologies as his main instrument, Colchev often uses sampling analog synthesizers as well. As he puts it, every track is a reflexion of a certain state or emotion which is recorded by hitting" play" .'I want my music to be more contemplative. I don't care how often they will play it on the radio. What I really care about is how many people will be influenced by it, will be able to feel what I felt while recording it. Besides, I'd love to make my listeners actually move - shake their head or tap their feet, whatever. Body language helps to express emotions. I don't relate my music to any specific genre, simply because my emotions cannot be labeled as 'techno', 'house', or 'electronic'. It's just that I f#cking love techno kick drums and synthesizers.'