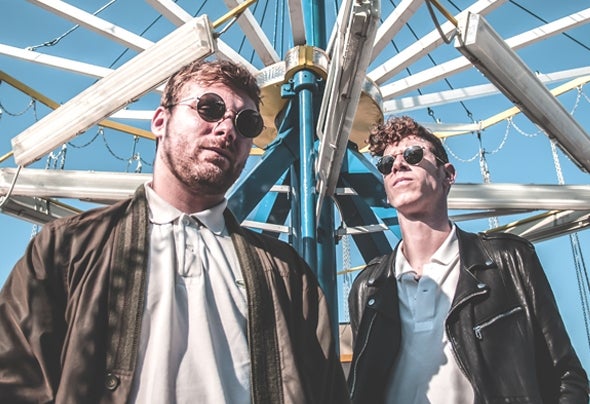 “Over the clouds, over the palm trees, there’s Club Paradiso.Club Paradiso is a mission. We bring forth the golden age of the spanking Riviera club culture. Wetravel through time and space with synths and drum machines, we mix the past(a) and the future.It’s not all about nostalgia, it’s the future that we like. “Behind the moniker ‘Club Paradiso’ there are two very human beings, born and raised on the so-called‘clubbing rivera’. Heavily fed with bpm’s and rhythm, the pair found their way to (Club) Paradiso in 2016. In 2017 they released their first project via Mantide Records, a three- trackoriginals-only EP filled with house, dance-inducing disco and electronic beats.”Club Paradiso is Gianmaria Gamberini and Luca Montanari. Coming from diverse and ever-evolving music backgrounds, they started their collaborative project in 2016. Romagna is what they call home and also the primal inspiration behind Club Paradiso.