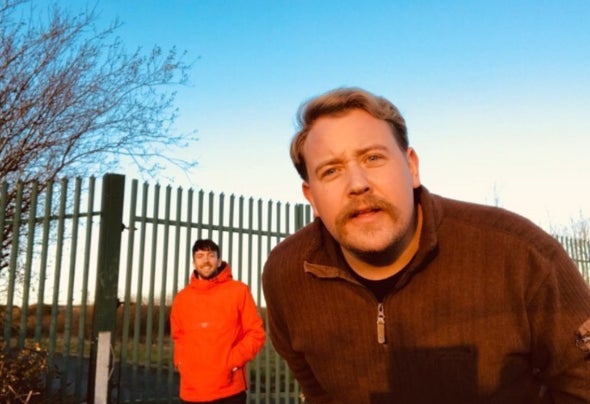 BNKRPT is a dj/producer duo from Galway developed by Paul Belton and Eamonn Noone. It began in 2018, linking up for their new project, where they both worked crafting their unique sound, absorbing and studying a wide range of musical influences. They have a combined total of over 20 years experience when it comes to DJing and Producing. Belton is no stranger to the scene, starting DJing in 2008 and playing in many various nightclubs over the years. He has been the resident DJ of Electric Garden and Theatre for the last 7 years which saw him play support to a vast list of international artists such as Bicep, Seth Troxler, Boys Noize, Etienne de Crecy, Nightmares on Wax and many more. He has also played Life Festival and Yurt City as well as playing District 8 in 2017 alongside Waze & Odyssey. Noone with a background in writing music for film, television and video games with credits on World of Warcraft, Revenge season 2, Stevie a VH1 tv amongst other games, documentaries and films. Noone has been working in the music industry for the last 11 years since finishing his final piece of college in the UCLA music composition level 3. After working with other producers and composers in LA, Noone returned back to Ireland to spend time in the studio working on films, games , television libraries and some of his own projects. Together these two producers form the dance enthused group BNKRPT. BNKRPT are on a mission to push their sound to create a unique experience for their listeners that takes them on a journey of euphoric dance. Spending time in the studio crafting their own unique sounds to create a feeling that paints the styles of music they share a love for. Mixing Breakbeat over banging techno drums and using their melodic melodies to draw the listener in and take them to a climax. There is no doubt that BNKRPT leave their listeners wanting to hear what they will release next.