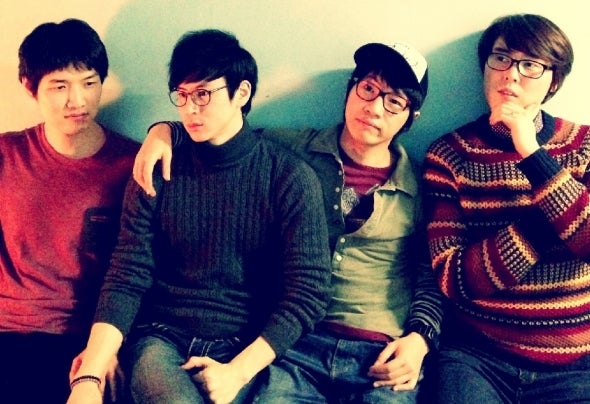 “bIQ sHIFT”(deliberately wrong spelled and capitalized) is the Punk Rock band from South Korea, formed in 2011. They made a debut in 2012 releasing a single album. The band consists of G-MAN(vocals, guitars), ZZAM(bass), NADA(drums), juniane(guitars). It is very interesting that all lyrics are English, G-MAN is a former judge, now a lawyer and juniane is a plastic surgeon. Their musical style is based on Melodic Punk Rock, but they don't just take the latest Pop Punk trends. As Asian guys themselves, they made their own style by mixing the latest trends of western mainstream Punk Rock with their eastern philosophy and emotions. As a result, their music is not like a simple chord sound but has complicated melody lines and chords progression. You may find it very addictive having ear- catching melodies, stirring rhythms and satiric, sarcastic lyrics that cover various subjects from a daily life to even an afterlife or from the office you’re working in to the system you're living in.