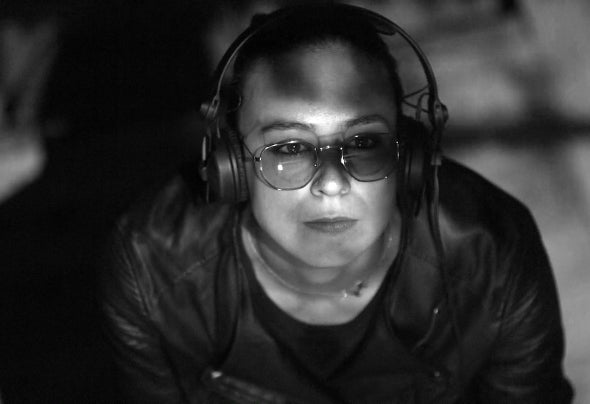 AYN (aka Aya Nasif) is a rising techno producer/DJ, from Amman-Jordan, actively searching for musical inspirations to merge sounds into mixes that keep you on the edge. Influenced by her Arabic roots, and guided by her love for western and exotic melodies, she searches for seamless mixing techniques to blend her worlds into one - exploring the universality of sound and its endless dimensions. Specializing in techno - AYN has played alongside rising names in the electronic music scene - such as Rafael Cerato, Seth Schwarz, Emanuel Satie, SAMA', Christian Smith, Francisco Allendes Super Flu and more. AYN brings progressive soul, groove and energy to the dance floor - uniting with others to dance, live and love. On August 6, 2020, AYN released the 4th and latest track I Contact - AYN ft. Yasmine D.. The new release takes listeners on a nostalgic journey of techno beats and sonic dreams, 8 min and 46 seconds of musical freedom - guided by spoken word vocals (ft. AYN and Yasmine D.) and a sonic blend of soulful background vocals led by Yasmine D. The single marks the end of AYN’s EP "I Contact", and the beginning of the next chapter. Dancing Astronaut described the release as ""Hauntingly ethereal, “I Contact’s” structure takes the underground’s frequent integration of spoken monologues and vocal overlays and glossily adapts them into a prelude for the agile beat. Influence from the Jordanian producer’s Arabic roots meanwhile threads “I Contact,” adding cultural inflection. It’s stimulating, curiosity-inducing, a fresh new twist on familiar in the industrial setting. A nearly nine-minute project, “I Contact” comes with an immersive audio-visual video that augments the sheer affect of AYN’s latest". Stay tuned for AYN's upcoming releases and more! Much love & music, AYN