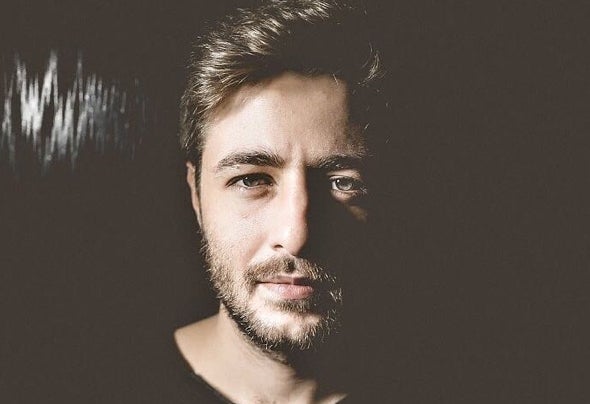 Andrea Lombardo Class of ’ 94, was born in Siracusa (Italy).The passion for music brings him to be close to Djing's world very early, at the age of 16 he becomes a DJ resident in the best consoles of Sicily.In 2014 he moved to Milan, driven by ambition and desire to start a new professional experience.In the same year he carried out his first Mainstage at Magazzini Generali (Milan's historic club), in front of over 3000 people.This first positive experience is followed by others, in particular thanks to the collaboration with the "University Equipe" organization, he participated to a lot of events as DJ in some top clubs in Milan, as Just Cavalli and Old Fashion, to important Mainstages, such as the Sring Break Invasion (Umag, Croatia) in presence of 5000 people, at theLater he attended the SAE Institute, graduating in production at Ableton, where he still works as a producer.When he is not in Milan he brings his music around Italy, by playing in the top clubs: bluebay in Gallipoli, Maracuja in Calabria and Affekt Club in Frosinone. He carried out several performances abroad: Spring Break, Café del Mar in Barcelona.In his young career he has already played in over 100 different Clubs.He merges his professional growth with a constant search of new musical stimuli, that allow him to meet the diverse needs of the target audience.