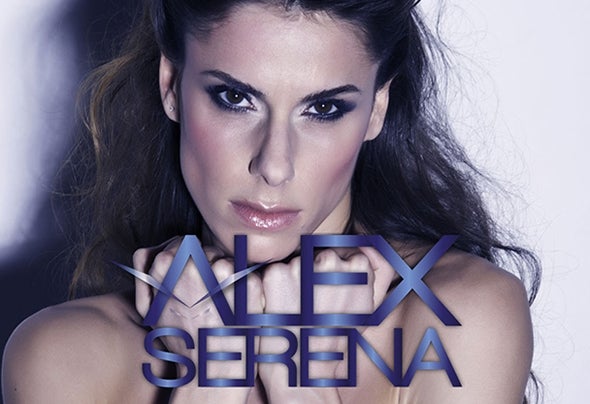 Background...Alex Serena began her musical career in Naples, the sunny Italian city known for its music scene. Her father was a talented musician and pianist who performed regularly at venues throughout the area. Impressed upon hearing Alex sing one day in the car, Mr. Serena asked her to sing with him at his piano bar performance later that night. When Alex joined her father on stage for the first time, she instantly fell in love with music.The Beginning...As a child,Alex spent her youth studying a variety ofmusical genres, including jazz, funk, pop, and even jazz lyrical dance. She discovered her artistic style in recent years after being introduced to the house/electronic music scene. Finally finding her niche, Alex gained nation-wide recognition by performing at the best house clubs in Milan, Florence, Rome and other cities throughout Italy.Serena’s life changed in 2011, when she flew to the USA to attend the Winter Music Conference (WMC) in Miami, Florida. T he moment Luigi Monti Arduini of Cafè Concerto introduced her to Frank Liwall, (founder of well-known music publishing company, T he Royalty Network) it was a match made in heaven. Enthusiastic about Serena’s music, Liwall offered the young artist a publishing deal and signed her to Krian Music Group, the record label partner of The Royalty Network. Boasting a talented group of artists including The Strange Familiar, Os Mutantes, and VHS or Beta, KrianMusic Group was excited to add Alex Serena to their roster. Serena’s first single “I’m Free” was released in the USA on June 29th, 2012. She performed the single at "THE 5 ELEMENTS", (benefit event for WWF) CUAMM (Doctors with Africa), CINI INT ERNAT IONAL, and VENICE BIENNALE’s69th Film Festival. Soon after the release of “I’m Free” she began working on her debut album.Alex Serena’s single “Music Machine” has been released worldwide by Krian Music Group, and was presented at the WMC Conference in Miami.It was there that the young singer was featured as a special guest on the stage of "And Let the Singer Be Heard," where she performed with extraordinary artists such as Robin S, La India, Barbara Tucker, Crystal Waters and Todd Terry. Serena was a hit with the audience: “She has extraordinary vocal power and energy” said Barbara Turner, the event organizer of the show who put Serena on the bill. Soon after, Alex was granted the “And Let the Singer Be Heard” award for her contribution to Dance Music.After receiving great press from Miami, Alex went on to promote her new single in New York City, on popular dance radio station, WKT U.Her single “Music Machine” was most recently remixed by well-known DJs/electro house duo, Digital Dog, who have remixed top hits by Rihanna, Fatboy Slim, 50 Cent, Taylor Swift, and Britney Spears. In August "I’m Free" debuting at #29, on Bill Ricketts Record Pool Top 50 Physical Dance Listing.Now..She is working on her debut album, which will be released in the USA by Krian Music Group. The Album features the collaborations with Chris Willis (Love is gone feat David Guetta) , Jose Nunez, Rob Allen (who collaborated with Rihanna for the single Disturbia and Chris Brown).