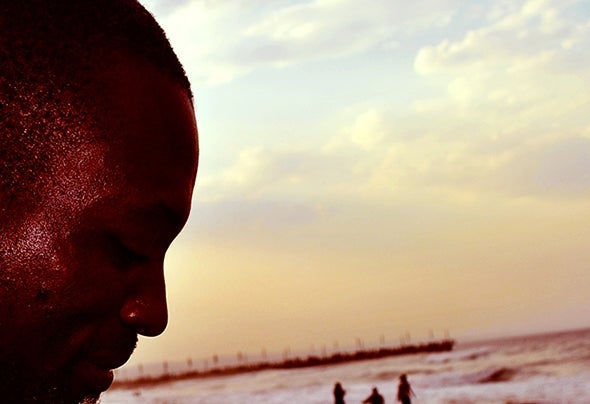 Afaya is the brainchild of Milandru Mapengo. Born in Grahamstown Milandru was exposed to Xhosa music on the radio. In a family that would sing together we ot fond of choral music and much more of indigenous music performed in traditional ceremonies.A move to live in Mthatha with his father led him to discover sounds that captivated his father who had grown up in the fast paced Joburg. Cape Town during the varisty years made him discover a potpourri of cultures, being introduced to mant Africans from other African countries was an eye opener.Milandru got introduced to Jimmy Dludlu's manager and worked with Jimmy as his road manager for a few years before a friend who wanted to start a band asked me to join as keyboardist. This was when the Rudimentals were born and started performances in Cape Town and a Regaae Festival in Pretoria, a feature on KYKnet. Working in studios in the Cape, Milandru recorded songs with notable musicians like Errol Dyers, Tim Parr and with a few hip hop artists.Moving to Joburg and working as a ringtone creator and writing songs after work led to meetings with MXO and a live engineering gig for Simphiwe Dana. In the early 2000s while working at a studio in Yeoville, he met Aura Msimang who was working on her third album called Afrikan Child and she wanted to work with young producers of Afrikan descent just like the album was called.Milandru had the privilege of working on the bulk of the album and rearranging some songs that were started by other producers. Although the full album ws never released. It is a beautiful body of work and will be out in the near future. It was at this point in his journey that he knew he has realised his dream to live his passion of making music.Artists featured by AfayaSteve Fataar, Erro Dyers, MXO, Tim Parr, Dumisani Mabaso, Mabeleng Moholo, Ngakana Ya Meropa, Simphiwe Sekhute(Manhattan Borthers), Aura Msimang, Tumelo Moloi, GunMan, Skhokho, Tdo (Zulu Mobb), Tokollo Moeketsi, BCUC