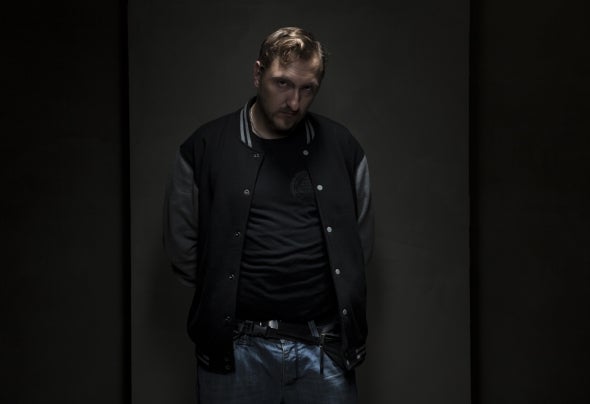 A.Wolf is a D.J., producer, party-organizer and the head of TELLERRAND REC. . He started producing hip-hop when he was 16 and began producing electronic music like techno, minimal, ambient and house in the year 2000.2003 has been the year when he started making music in clubs.TELLERRAND e.V.i.G. was build in the year 2007 to make a specific type of urban clubmusic available for people that dont want to hear the normal mainstream that is accesible in most clubs.2012 it became a label as TELLERRAND REC. .At the moment he puts a lot of energy into another project with DONALD FUCK called ENTE&WOLF and his label TELLERRAND REC. (with acts like MURIAN BENZ, SUD BENCER, ZAUBERLINDEN, DOMENIQUE XANDER, MICHI RUETER and ENTE&WOLF)...A.Wolf organizes parties in and around berlin, mostly OPEN AIR FESTIVALS for TELLERRAND e.V.i.G., even illegal ones with no entry to bring his vision of music to the people.