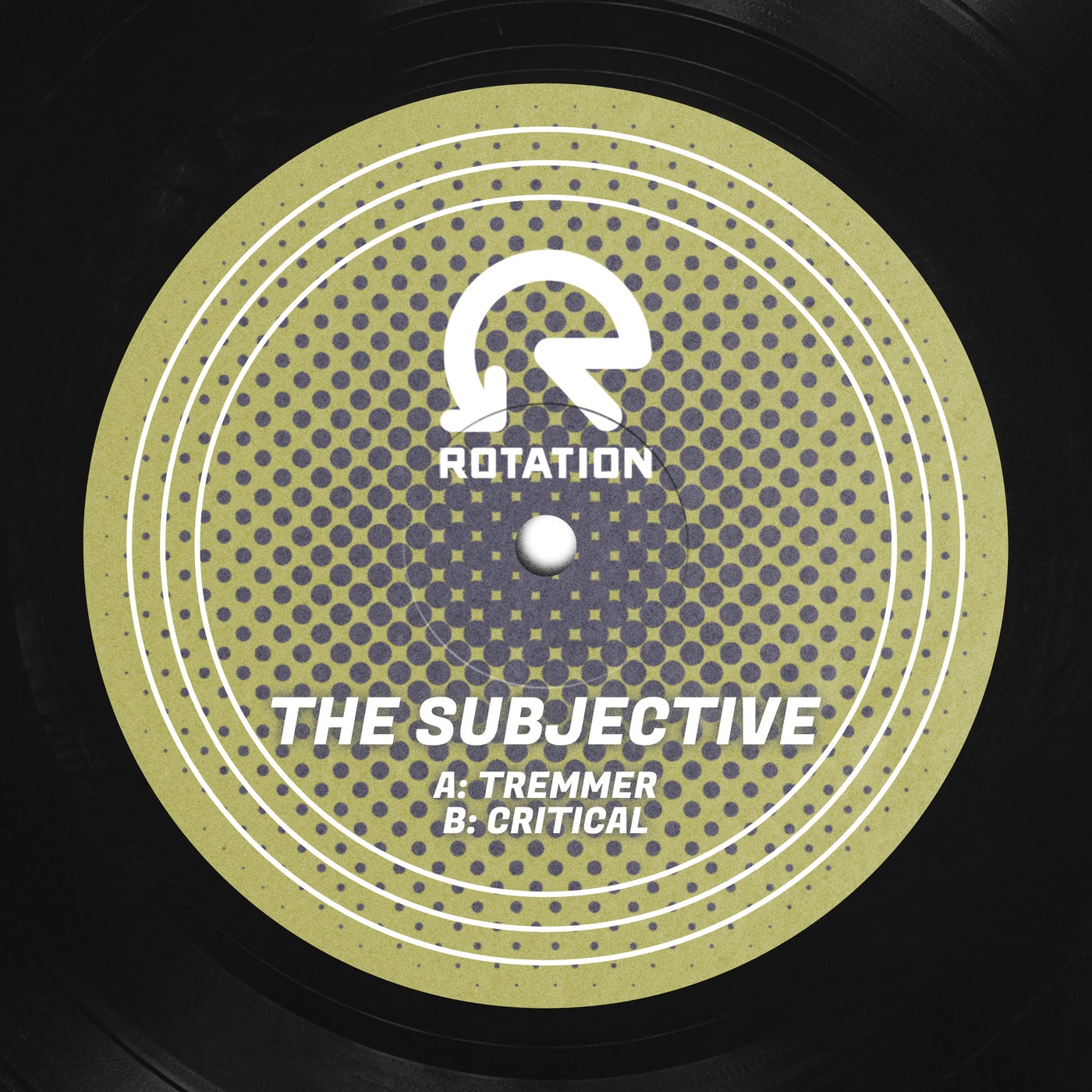 Re-loaded and re-mastered for 2022, Rotation is back with another classic release from the DAT archives in 1997 with The Subjective 'Tremmer / Critical', two techno stompers with all the production intricacies of the now legendary sound of The Advent under this different guise.

As Dave recalls, 'The sound was changing a little bit around then, it was more DJ tools we were putting out - and the best prson I thought for this was Cisco Ferrera who is known as The Advent... I first met Cisco back in the day via R&S studios on the infamous 'techno island'. The man's always been a wizard, he used to do edits on tape and there's a classic track called 'Here We Go' by Cisco on R&S - Every single edit that he's done on it, he's done by hand, and you could put that record on and mix it, and every single edit that happened within that track would stay tight in the mix - I mean Cisco is so meticulous with his work and is an uber talent with his sound, so I asked him to do me an EP and the rest is history! It went on to become one of our most successful releases at the time, selling thousands of copies on vinyl.'