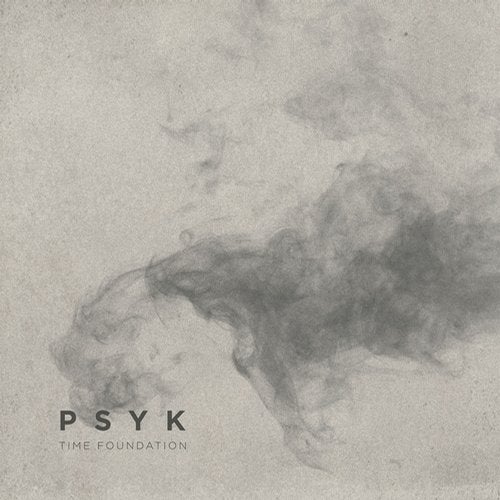 After two succesful EP releases on the label, Psyk aka Manuel AnUs is back on Mote-Evolver inaugurating his first full-length album effort with iTime Foundationi. Its no surprise that Psyk is releasing his debut album on the label as his previous two EPs Distane (2012) and Arcade (2013) both have left us wanting for more to see his full
potentials as a producer.

Time Foundation proves to be an outstanding collection that shows the full spectrum of Psyks sound and the range of skills as he expands and explores different depths and moods. Keeping the energy level constant at the peak, theres no downtime in iTime Foundationi. And while 10 sharp-cut tracks are all armed with clean, streamlined
groove and impressive sound design therefore may soundincredibly slick and effortless, once you listened closely - and they will demand your attention - that kind of breezing through swift force is only the byproduct of Psyks high caliber production ability to map out meticulous structures with a great detail.

The opener iAutomatici rolls like a well-oiled machine on cruise control with the signature unison of single-chord bouncing on top of relaxed but energetic groove. Expanding on the similar theme is iMyriadi, which takes further playful approach. iRioti steps into more minimal territory, featuring a subtle development that keeps you engaged while iAvaloni grounds itself to just-heavy enough bass kicks to evoke deeper vibe without compromising the uplifting spirit.

Slipped in the middle of the album like an intermission is "Five", and it's a curious and ominous kind that flashes a different side of Psyk. It shows off his craftmanship as muted and muffled beeps faintly goes in and out while blinking synth melody renders unique, intriguing beauty. Starting off the second half is iSilhouettei, picking up the tempo and elevating the mood with much-loved bass drums and claps, followed by demure crescendo of melody and floating fuzzy hiss of 'Shift'.

Perhaps the darkest number on the album, iNinei may not be the most brooding techno assault but the one designed for the deeper moments you encounter during the longer sessions in the clubs, surrounded by people yet alone with the pulse of music. The album closes with stunning iL3i, and just as iAutomatici was no shy intro but a practical fast-forward to the jest of the story, iL3i is not a conventional closing but rather another opening. Equal parts of swinging white noise and hint of acid may as well invite you back to the beginning of the album to listen all over again.

Time Foundation is packed with no-frills, on-point peak-hour techno tools finely executed with a minimalistic concept of doing more with less, as most of the tracks are composed with no more than five elements. It's a higly functional album and strong effort from Psyk that spoils the listener with mesmerizing details and provides the diversity of sounds and textures todays techno has to offer.