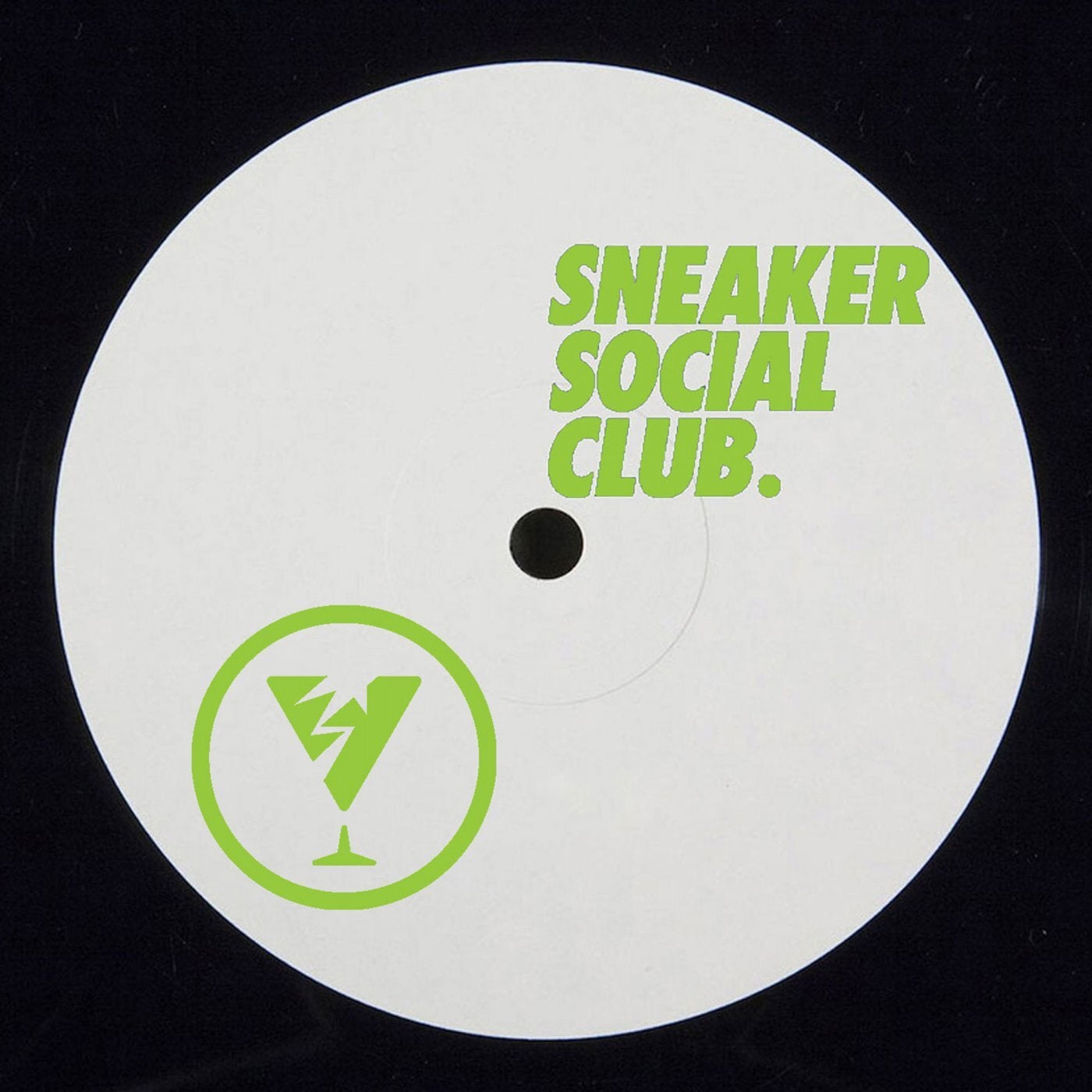 Embodying the mutant nature of club music in the modern age, Cocktail Party Effect comes bowling into Sneaker Social Club with a taut, wiry sound which joins dots and melts barriers at will. The brainchild of Charlie Baldwin, who previously recorded as Kasket, Cocktail Party Effect has been forged over the past six years through heavy bursts of sound design anchored by soundsystem dynamics veering between 140 and 160 tempo zones. From 2020's self-titled LP on Tectonic to drops on Osiris, Cold, Transfigured Time and more, Baldwin's deftly avoided allegiance to any specific scene and instead deployed shock-inducing gear for DJs with fortitude to test on their crowds. On SNKRX010 the commitment to physicality is prevalent across all four tracks, veering from the deadly broken beat barbs and artful fills of 'Racka' to the splintered breakbeat rushes and stop-start aggravation of 'C.A.T.C.R'. 'Grims8' is perhaps the purest manifestation of the Cocktail Party sound though, all monochrome rigour with the contrast turned way up, powered by steely, gleaming rhythmic impulses and writhing with dense layers of sonic matter. Watch out for the glutinous bass snarl of '58bethe7' though, which slams in sideways with an unabashed rave instinct crushed through a post-modern production lens. Baldwin may be operating on his own terms, but on this 12' he demonstrates versatility to match his originality, resulting in four inventive dance destroyers tooled to bridge between styles, sets and scenes.