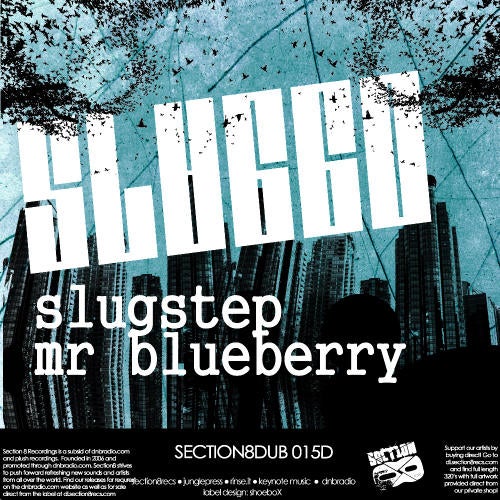 Sluggo returns with some heavy hitting glitchy dubstep action. Also check out his label Ultragore. BIO FOR: Sluggo Formerly part of the nasty Dubstep duo Ultrablack, Nick Suddarth, aka Sluggo has been producing Dubstep since 2007. Raised in Phoenix Arizona he has taken inspiration from a life filled with Drum N Bass, Hip Hop, Hardcore and Grime. He has releases on Rottun, Ultragore, Play Me, Section 8, Stupid Fly and Tuff Love Dubs. Sluggo's music has been supported by heavy hitters Mary Anne Hobbs of BBC1, Rusko , Flux Pavillion, and Reid Speed just to name a few. He has played all over the United States alongside such respected artists as 12th Planet, Borgore, Evol Intent, Datsik, Dieselboy, Mala, Plastician, Ak1200, Numbernin6, and many others. In early 2010 he played World of Drum and Bass in San Francisco on an all star line up of world class Drum and Bass and Dubstep artists like Goldie and Crissy Criss. His performance got such an overwhelming positive response that San Francisco Promoter Rukkuz Muzic asked him to become a resident for their monthly event co-hosted by Compression SF. Sluggo shows no sign of slowing down and has a huge single forthcoming on Stupid Fly Vinyl 004, plus collaborations in the works that are scheduled for release later this year. Expect lots of trouble from this mental bass slangerhe is just getting warmed up!!