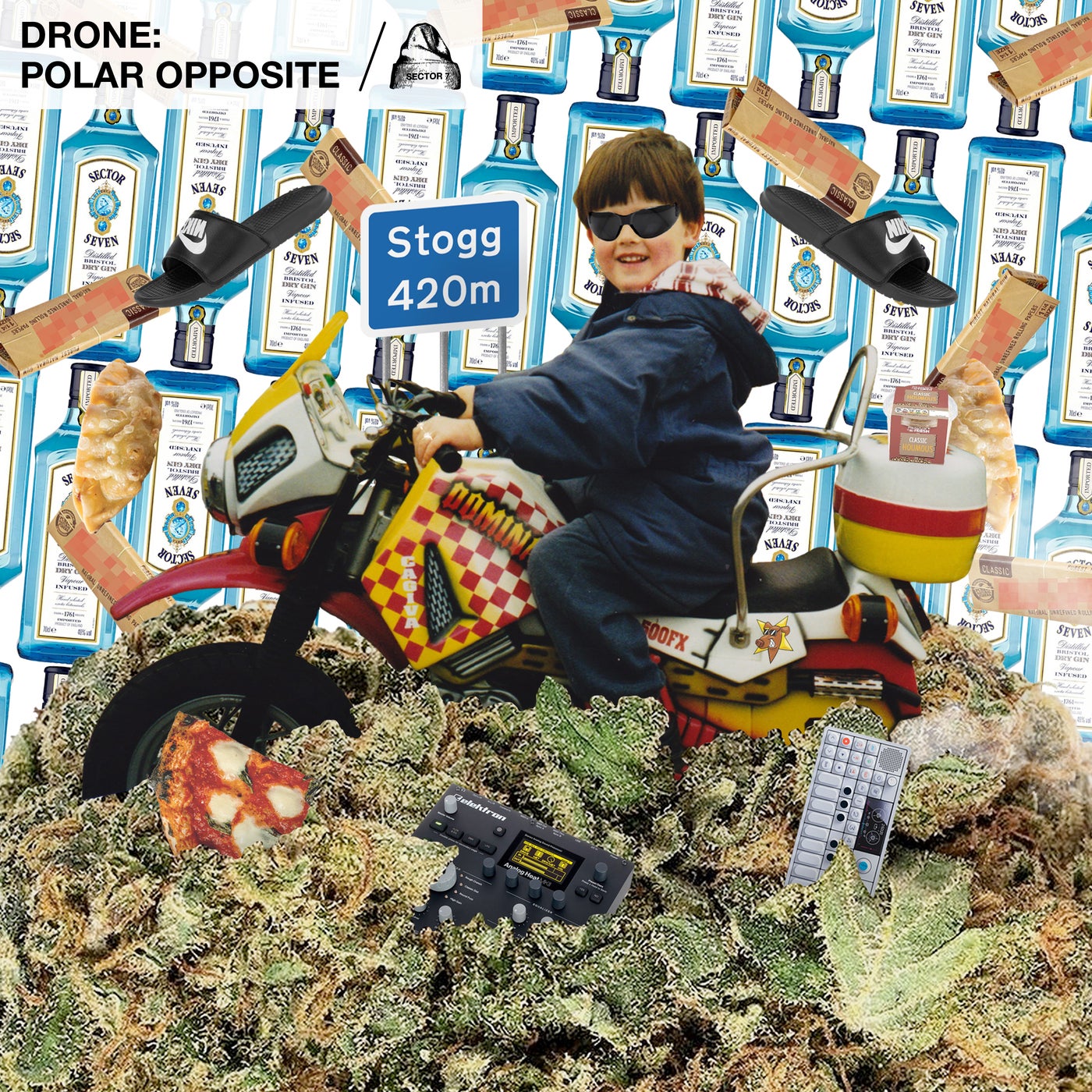 A name at the heart of the city's current sub-heavy landscape, Bristol-based DJ and producer Drone continues to grow as an artist fusing his own sonic identity. Dropping killer material spanning the borders of dubstep, grime, trap and beyond via 1985 Music, 20/20 LDN and System Music, his long list of supporters include heavyweights from Digital Mystikz chief Mala through to Bandulu bosses Kahn & Neek. Following up his 'Horror' 12" on the label in 2019, March welcomes a gripping return to Boofy's shadowy Sector 7 Sounds as he readies a selection of cavernous dancefloor heat alongside deeper, intricate cuts across 'Polar Opposite'.

Opener 'Malevolent' showcases Drone's range as he fuses creeping, eerie sonics with sharp drums and raw lowends, while 'Kaleidoscope' channels aquatic tones and fluctuating melodies above stripped-back skeletal textures to head into the early morning hours. Title cut 'Polar Opposite' opens the B-side with authority, serving up a thick slab of heavyweight business merging twisting sub-bass, sharp claps and menacing electronics, before offering up a deftly crafted journey through melancholy and emotion via spaced-out closer, 'No Future'.