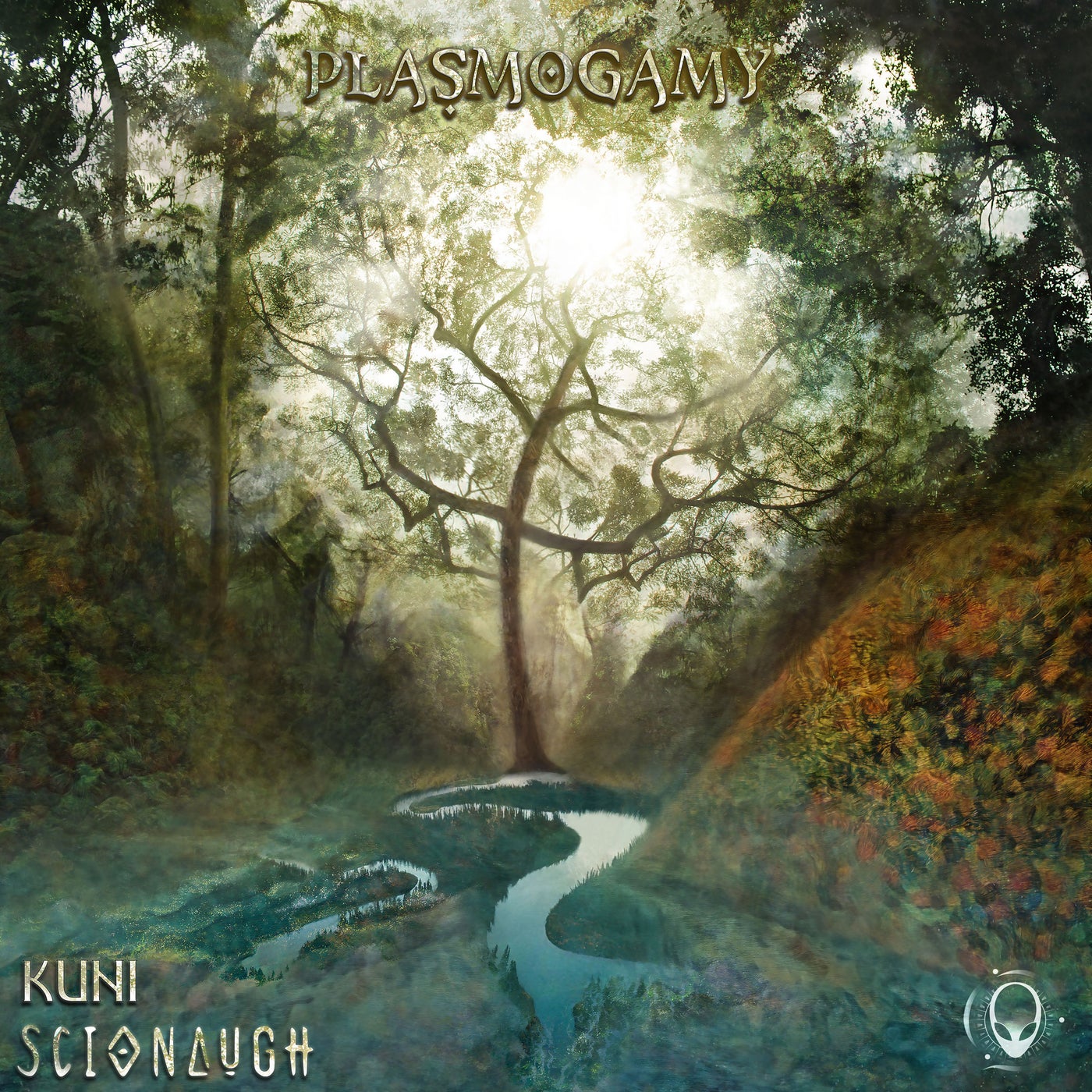 Once there was a time where people could not gather, a time of disconnect. A deep maddening stirred the doof gods, an anger that only a divine gift could soothe. Lady luck brought two sonic saucerors together. Kuni, the melodious loon and Scionaugh, the conjuror of critters. With a fair crack of the whip and a shake of the sauce bottle, they were destined to please the gods with an offering of grand design.

Lady Luck betold that such a gift could not be created by a single mortal. It was only through the process of Plasmogamy that such a feat could be achieved. The saucerors must become one, by means of a cosmic tonic.

'To join together you must find: A leaf that is falling in reverse, caught as time goes backwards. A droplet of compressed dark matter procured through a tantric portal. The sweat of a man with calloused fingers playing the strings of reality. The squelch of a bean with Brobdingagian proportions and a serum guarded by the beast with the deepest roar.'
'There will be many creatures that you will meet on your journey, they will tell you they know the way to reach unity, do not buy their spiritual snake oil' Lady luck warns the saucerors.

For years the two saucerors ventured together into the sonic realms, with blood and bone they battled for hidden procurements. Finally, with valiant efforts, they had gathered all that was needed. As instructed by Lady Luck, the components were mixed with a tickle, not a shake, balanced with care and intention. Knowing that if the elements were not matched perfectly, the clarity of the tonic would be distorted, and their elixir would turn to mud. They raised the tonic to the sky, looking at the moon they nodded in a cosmic toast. The saucerors brought the tonic to their lips and as they drank, they realised, there was only one hand and one set of lips, two observers, co-creating a single experience.