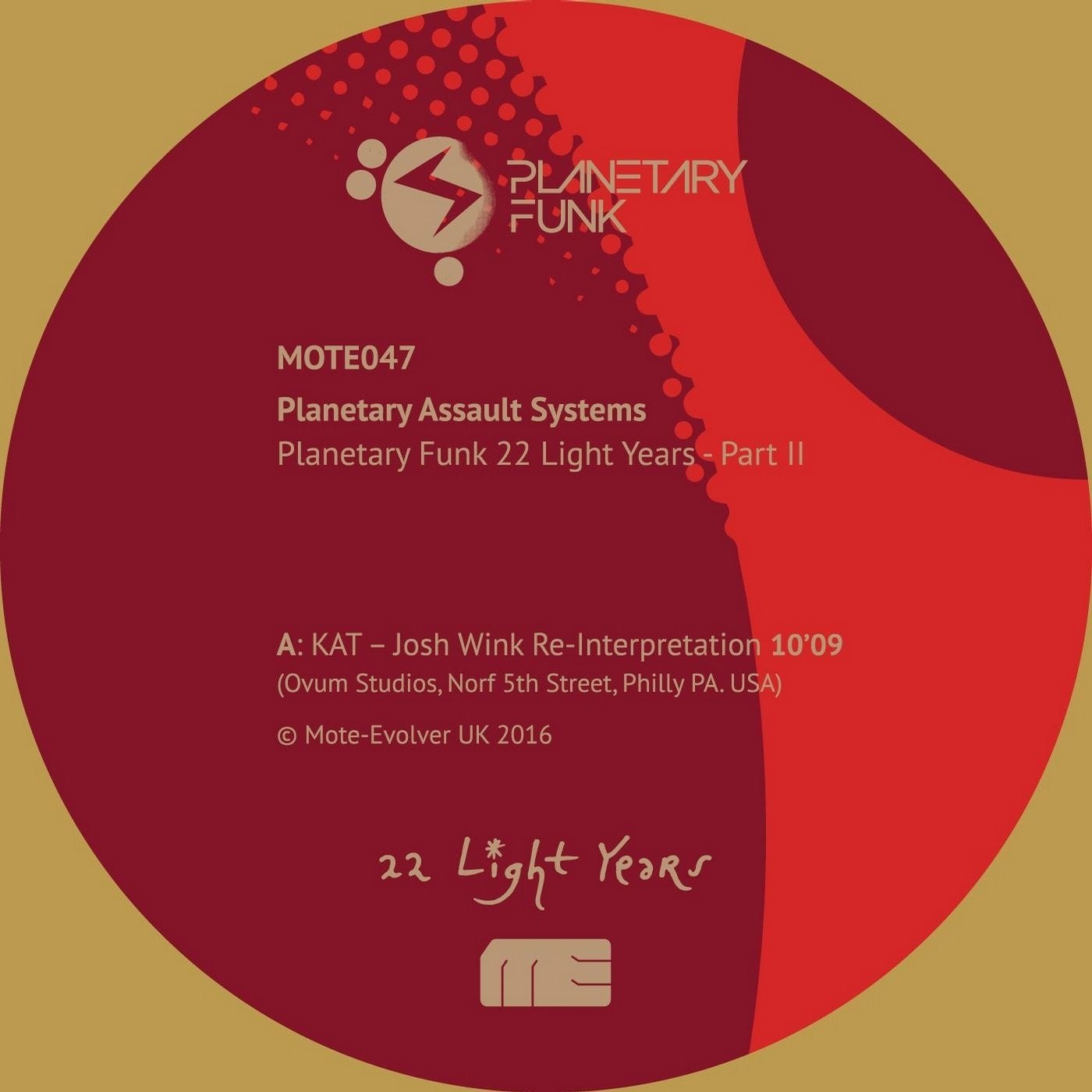 Fresh off of his re-activation of the seminal "Planetary Funk" series, Luke Slater delivers another new 12" with all of the purposeful intensity and sonic clarity to be expected from his celebrated Planetary Assault Systems alias. Pairing both an original mix and a spirited re-working by Josh Wink, "Kat" is a winning synthesis of all the elements that make P.A.S. such a continually relevant player in the game of moving bodies and opening minds: it once again pushes beat-driven sound to disciplined extremes, but not without clearly detectable traces of humor and playfulness.

As vocal repetition of the track's simplistic and suggestive title is run through a maze of filters, pitch-shifts and delays, an equally busy set of tubular bass figures mirrors this approach and meshes with the insistent rhythm. Carefully inserted hard stops, crafty fading of sound from background to foreground, and unexpected breakdowns give the track a kind of restless feel that ensures its success as a peak hour selection, or as a reliable companion on inner-city underground transit journeys.

While the original mix on the b-side begins in a more subdued fashion, it isn't lacking at all in concentrated energy. As is the case with so many other P.A.S. classics, this mix relies on geometrical sound sequences that slowly approach from a distance before they completely overtake the listener. Elements like static crackling are wielded here like active parts of the conversation rather than as atmospheric wallpaper, and the beat itself hits with a mixture of force and subtlety, with anxious drum hits doubling up on one another and regularly giving rise to new patterns.

"Kat" is the kind of record that gives Planetary Assault Systems fans both what they want, and what they didn't expect: it steers away from easy techno conventions but never abandons that genre's physicality and infectiousness.